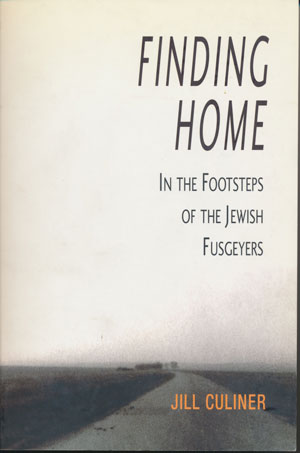 The Fusgeyers (Yiddish for wayfarers) were Jews who fled persecution in Romania in the early 1900s to find refuge, ultimately, in the New World. One hundred years later, author Jill Culiner retraces their steps on foot in the search for lost remnants of this epic journey. Culiner uncovers a largely forgotten corner of Jewish history, revealing the persistence of European anti-Semitism since long before the Second World War. A keen observer of eastern European culture, Culiner’s acerbic wit and stunning lyrical style have created a compelling chronicle of loss and discovery.

“Jill Culiner has written a significant and often gripping account of her personal odyssey . . . from the towns and shtetls of Romania, through some of the major cities in Europe, to the Canadian cities, towns and settlements where Jews wandered . . . She has introduced a new way of looking at history.” — Abraham Arnold