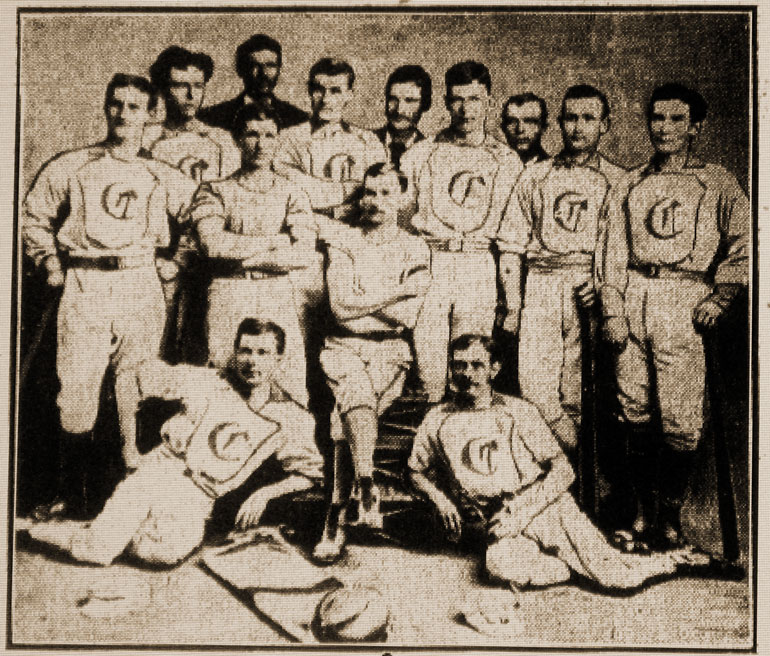 From the Toronto Evening Telegram, April 1919

Thirty-nine years ago up on the the old grounds in Queen’s Park, near where now stand the Parliament Buildings, the Clipper Baseball Club performed. That was in 1880, a long time ago, it is true, but not too long for even some of the present day “regulars” to the Island Stadium to remember. The Clippers were a good team. J. Little was the manager, T. S. Ryves the president, and R. Irving the vice-president.

There were no league games at that time. All were independent affairs. They had no big catcher’s glove, no shaped first baseman’s mitt, and no fielder’s gloves as used now. True, they had gloves, but they were skimpy affairs and afforded little protection to the hands. . . . ♦