We arrived in Opatow in early evening and I took my bags upstairs to my hotel room, which directly overlooked the city gate. The next day as we looked around, I thought of the many Torontonians whose parents and grandparents had left the town before the war, and the many more Jews from “Apt” (at least 7,000) who perished in Treblinka death camp and Sandomierz labour camp during the Hitler scourge. We were in the town’s main square, walking towards the Town Hall, when our discussion was interrupted by a loud cackling sound — and suddenly the birds arrived. At first we didn’t pay attention but then the sound and the ruckus in the sky became overwhelming and I snapped a few pictures. We tried to think of the word that describes such a large amount of crows, and then we realized, the word was “murder,” as in “a murder of crows.” ♦ 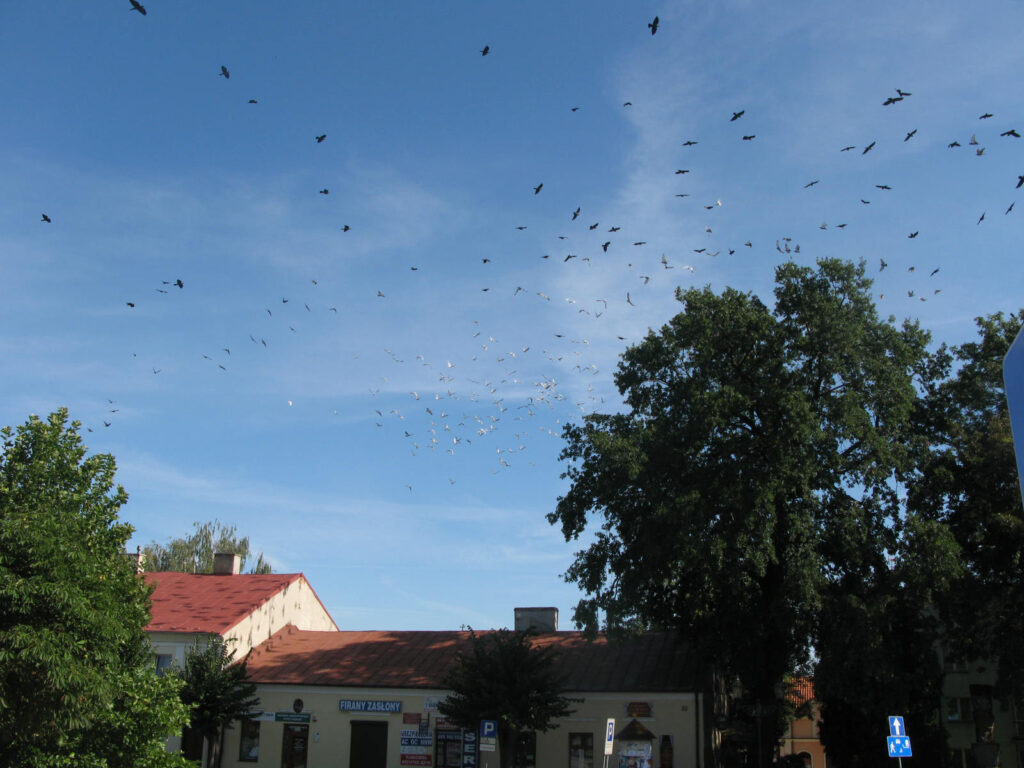