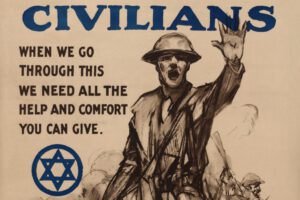 The number of Jews who fought in the First World War has always been difficult to tally because Jews fought on both sides and in multiple armies involved in the conflict.

Professor Daniel Schwartz, who teaches courses on modern Jewish history and the Holocaust at George Washington University, recounted these figures in a recent interview for Moment Magazine. Little remembered in the shadow of the Holocaust, he said, is the destruction and displacement caused by the First World War on the lands of Eastern Europe where thousands of Jewish communities were located.

“[T]he Eastern Front was basically located right smack in the heartland of East European Jewry,” he said. “You have millions of Jews living in these areas who are immediately and direly affected by the war. Whole communities were destroyed and never reconstituted.” Ansky, the roving ethnologist, toured the hardest-hit areas of Galicia during the war and wrote a book with the telling title Churban Galicia (Destruction of Galicia).

In 1922 the British Jewish community published a commemorative volume titled British Jewry Book of Honour that told of many brave exploits and listed every known Jewish soldier fighting in the armies of the British Commonwealth. Between 2,000 and 2,500 names are included in the list of Canadians who fought in the Canadian Expeditionary Forces.

The genealogical section of Library and Archives Canada’s website features links to thousands of service files of the Canadian Expeditionary Forces and other personnel records from the First World War. So far about 70% of the 640,000 records have been scanned and are available online. A search reveals no less than 104 results for people named Cohen and 32 for people named Levine. 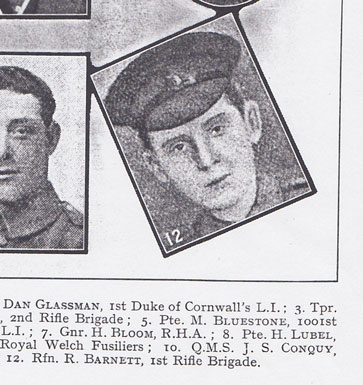 My grandfather’s first cousin, Ralph Barnett, was among the fatalities listed in the British Book of Honour, but his sacrifice was made in the service of England, not Canada. His father, my grandfather’s uncle, was born Faybus Ber Glicenstein in Konin Poland but, once in England, anglicized his name to Philip Barnett Gluckstein, then simply Philip Barnett.

Ralph (Robert) Barnett was born in England in 1899. Although still only a boy, he was somehow permitted to enlist in the 1st Rifle Brigade, and sent to fight the Germans in Belgium. He died on December 20, 1914 at the age of fifteen.

One of his comrades wrote to the boy’s mother that “His particular company had orders to take a covered position in a wood and ‘Conny’ (nickname) had only just got clear of the parapet when he was shot in the leg, but, plucky as he was, he continued to go forward with the remainder, when he fell with a severe head wound.” According to the letter, which was reprinted in the London Jewish Chronicle, Ralph never regained consciousness, despite receiving the best medical attention.

One of the youngest battle casualties of the war, Ralph Barnett was buried in Rifle House Cemetery near Hainaut, Belgium. My father never knew of this sad tale, and it’s questionable whether my grandfather ever knew about his uncle and aunt in England, who were compelled to sit shiva for their only son, fallen in combat at such a tender age. ♦ 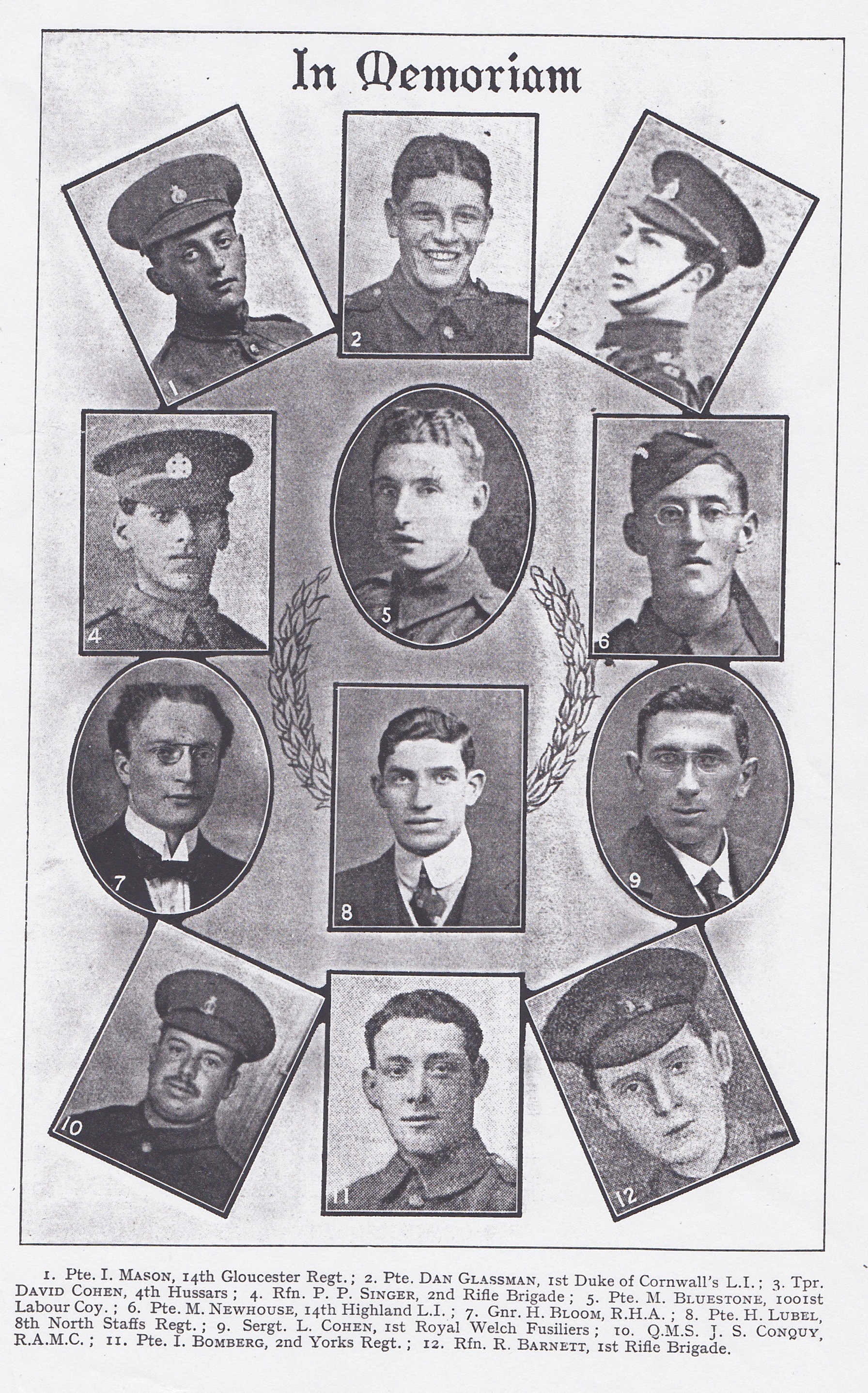 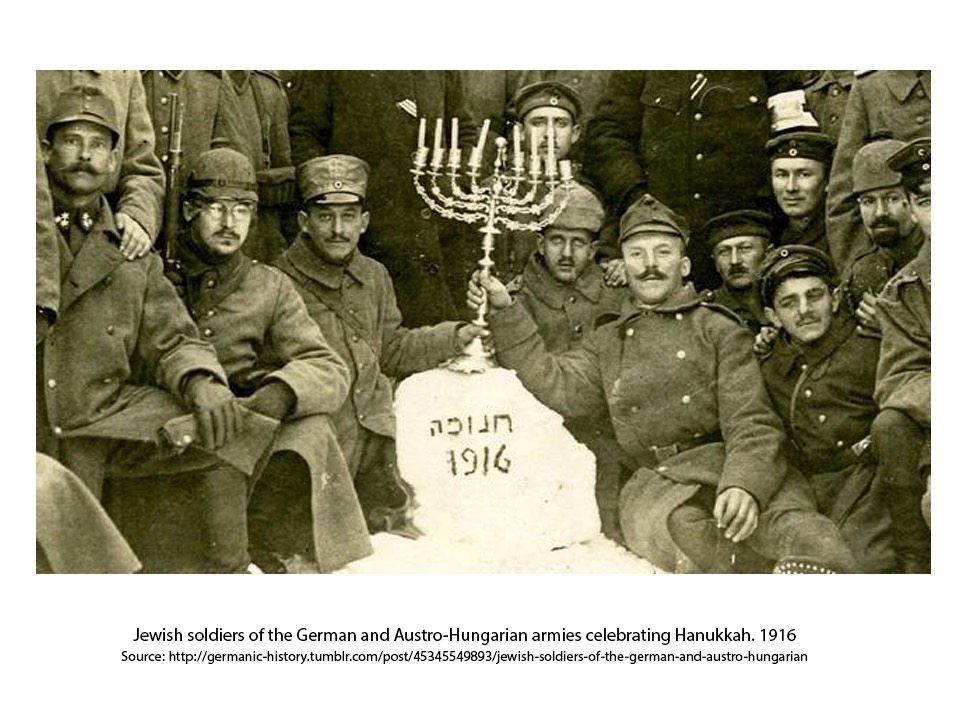