Once upon a time, Kathy Kacer’s mother, Gabi, hid from the Nazis in a wooden dresser in her family home in Czechoslovakia. Gabi was then a girl whose survival depended on successfully eluding the 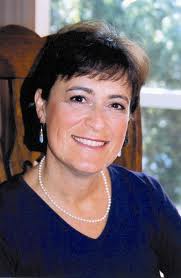 German soldiers who were rounding up the Jews in her town.

Little could she have known that seven decades later, her daughter would write a book about her wartime ordeal — The Secret of Gabi’s Dresser — that would win a bouquet of awards, sell more than 50,000 copies in multiple translations worldwide, and be made into a play and optioned as a movie.

“To me it’s so awe inspiring,” said Kacer, the Toronto psychologist-turned-children’s-author who has written four more Holocaust-related books since The Secret of Gabi’s Dresser appeared in 1999. All have been published as part of the acclaimed series of Holocaust remembrance books for young readers published by Toronto-based Second Story Press. Kacer’s latest, Hiding Edith, appeared earlier this year (2006).

While three of these books may be classified as historical fiction and the other two as non-fiction, all make for highly compelling reading for young readers and even adults, according to publisher Margie Wolfe. It was Wolfe who exuberantly pounced on Kacer’s first manuscript soon after it was offered to her about 1997. Two years of tough revisions and editing followed, resulting in commercial and critical success.

“Even with the non-fiction books, she’s been able to write them as if they were novels, with the same kind of excitement and drama,” Wolfe said. “She makes them read like adventure books.”

That Kacer’s books also appeal to grown-ups was demonstrated in November at the Jewish Book Fair, where a full house came to the Leah Posluns Theatre to hear her talk about Hiding Edith, a gripping tale about a Jewish girl in hiding in a school in Moissac, France.

As with other titles in the popular series, Kacer’s books reach well beyond the Jewish world. She speaks frequently to Jewish classrooms but far more often to groups of children in the public and Catholic school systems.

Her speaking engagements have taken her all across the GTA and southern Ontario, to diverse points in Canada and the United States, even to Europe: England and Slovenia are among her upcoming destinations. Two years ago she went to Germany to speak to children who had read her book Clara’s War in translation.

“It was fantastic,” she said. “German children are really quite educated about the Holocaust. They know their history, probably more so than most North American children, and they ask wonderful questions about that history.”

The German youngsters were especially curious about what Kacer’s parents, both survivors and now both deceased, might have thought about her visit to their country.

“I also said I was thrilled to have come, because it opened my eyes to culture and history in a way I couldn’t have imagined.”

Kacer’s other books for Second Story are The Night Spies and The Underground Reporters; she has also written four titles for Penguin’s Our Canadian Girls series. “I’m not a historian, I’m a story-teller. My goal is to tell meaningful stories that children can connect with, so they’ll be passed on.”

Despite the nightmarish aspects of her subject matter, she maintains a gentle, trusting approach with her readers, never subjecting them to more than what she thinks they can handle. While she values veracity, she’s not above changing the details of a real-life story to tighten a dramatic structure or improve a story-line. That’s why the genre is sometimes called “creative non-fiction.”

Even when she’s in the midst of writing one story, she’s constantly on the lookout for more fresh and original Holocaust-survival tales to tell. “The truth is that every survivor story is a remarkable story, but not every survivor story is appropriate for the kind of book that I want to write,” she said. “I look for something in the story, something I can’t define, some element that makes me sit up and take notice.”

Having worked for years with troubled teens as a psychologist, Kacer seems highly satisfied with her new ability to spread understanding and tolerance among more young people around the world than she could have ever reached before.

Her husband Ian Epstein, 21-year-old daughter Gabi and 20-year-old son Jake are the first to read her manuscripts. Some day, she said, one of her children will likely inherit her family’s most prized heirloom — the dresser that protected her mother in 1942, which presently sits in the family dining-room.

“The dresser has survived beyond the people that it helped protect,” she said, adding that her mother died some years ago. “It’s one of those pieces of furniture that will be passed on to my children, and they’ll be passing on the story to the future. That’s how history survives, from stories passed down from generation to generation.” ♦