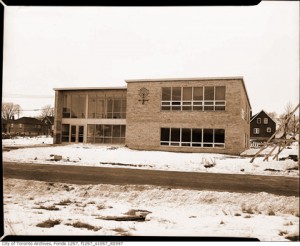 One of the groups that worked hard for the establishment of Israel, the Labor Zionist Alliance (LZA), is celebrating its 90th anniversary November 14, 1999, with a dinner at the Borochov Centre.

The Montreal branch of the LZA celebrated its 90th anniversary two years ago.

The proud history of the Toronto branch includes the founding in 1961 of Bialik Hebrew Day School, one of the only Jewish day schools in Toronto that teaches Yiddish.

The LZA also helped to set up the hachsharah farm at Smithville, Ontario, in 1945, where young Zionists training to make aliyah prepared for work on kibbutzim and moshavim.

Sol Segal of Toronto, one of about 35 to 50 Canadians who trained on the hachsharah, said his time there was invaluable in preparing him for kibbutz life on Ein-Dor.

“Zionism is here now so our membership has dropped, but we continue to be actively engaged in the Jewish community,” said Lou Kirshenbaum, national vice-president of the LZA. Joe Krystal is national president.

Members of the LZA were active in the founding of the Canadian Jewish Congress in the 1930s and in the more recent formation of UJA Federation of Toronto, Kirshenbaum said.

The Jewish immigrants who came to Canada in the early 1900s had various trades, but little capital; many had belonged to Zionist youth groups in Europe and they formed Poale Zion clubs in Canada to continue their work in establishing a Jewish state, Kirshenbaum said.

He noted that the members of the Poale Zion, mostly workers in the garment trade — they included furriers, milliners and leather workers — joined unions and even became union organizers and officers.

Kirshenbaum said the members of the left and the right Poale Zion merged about 25 years ago, uniting under the banner of the LZA; their headquarters are at the Borochov Centre, which is owned by the LZA and Na’amat. The building also houses Habonim/Dror, the LZA youth group, he added.

He said that in the 1920s, the LZA operated Camp Kinderland for children eight to 14 and later Camp Kvutza near Dunnville until the late 1960s.

After Bialik was established, and for a few years following, the LZA operated two schools. “Now Bialik has 800 students and is growing year by year,” he said. ♦

This article appeared originally in the Canadian Jewish News and appears here courtesy of the author’s family. © 1999 by the family of the late Ben Rose.