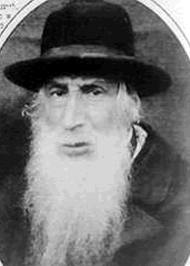 Arthur Kurzweil, the pioneering American Jewish genealogist, tells a remarkable story about how a passing remark from his mother’s cousin, Maurice, led him to a significant family discovery.

Maurice recalled being told after playing a childhood prank, “That’s no way to behave, especially since you are an ‘ainicle’ of the Stropkover Rebbe.”

Learning that the term “ainicle” usually means grandson but could actually mean any form of descendant, Kurzweil wrote that “my genealogical ears perked up and I knew that I had hit upon a major find.”

Kurzweil rushed to the YIVO Institute to begin his investigations into this prominent Chassidic Rebbe and his descendants. But even before he found the vital link between the Stropkover Rebbe and his great-grandfather, he had already began broadcasting it as proven fact.

“What I found myself doing from that point on,” he wrote in his book, From Generation to Generation, “was breaking just about every genealogical rule in the book, especially the following two: Never make claims that you aren’t sure of, and, Do research from the known to the unknown.”

As he explained, it was such an exciting possibility to be descended from this illustrious rabbi that he “couldn’t help” telling everybody that it was so, even though the claim at the time was based entirely on “circumstantial evidence.”

Although Kurzweil eventually authenticated the link with archival records, he raises important questions about the validity of oral traditions and handed-down stories as genealogical evidence.
Israeli genealogist Chaim Freedman gained considerable expertise on that question while compiling a study of the descendants of the legendary Vilna Gaon, published as Eliyahu’s Branches in 1997.

Although an orthodox Jew, Freedman’s genealogical methodology may seem less than orthodox. He discusses the relevance of oral tradition and related issues in a recent beginners’ guide called Beit Rabbanan: Sources of Rabbinical Genealogy.

Freedman found many families that claimed a relationship to the Vilna Gaon based on oral traditions, and put them into three categories.

First were the claims that could be easily corroborated by reliable sources and records; these proved the least problematic. Second were the claims that stood up to critical scrutiny and could ultimately be judged as being “highly likely to be valid, beyond any reasonable doubt.”

Third were the claims for which insufficient evidence could be found to render them valid beyond any reasonable doubt. Freedman further subdivided this category into two groups: cases that seemed promising enough to warrant the collection of all available genealogical information should an authenticating link surface one day; and cases that seemed dubious enough to exclude.

As Freedman notes, some oral traditions are patently false. For instance, research proved that a person who was supposedly an only child actually had 20 siblings! Still, he insists that a “legendary kernel of truth” underlies every oral tradition, and that it’s up to the wise genealogist to find it.

Freedman’s methodology is interesting, but does it violate generally accepted genealogical standards of proof? Genealogists sometimes make “quantum leaps” of faith and probability when charting a few crucial generations in the family trees of Rashi, King David and other revered figures. Such liberties are not universally regarded as kosher.

Rabbi Shmuel Gorr, the late Israeli genealogist, used to expound the Talmudic principle of “ain lo raiti raeh” — which, as Freedman puts it, means that “simply because documented evidence may not have been discovered does not mean that the evidence does not exist, or that the point claimed to be valid must be disregarded.”

I find it fascinating to see Talmudic reasoning being engaged in this generally secular field. For me, this is a highlight of Freedman’s treatise. Although idiosyncratic, Beit Rabbonim offers much useful advice on how to research a rabbinical lineage. ♦