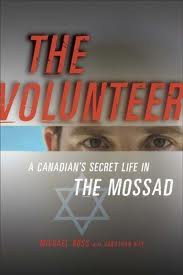 Nearly 30 years ago Michael Ross, a Canadian from Victoria, went on a backtracking tour to Europe and decided to spend the winter on an Israeli kibbutz, a decision that changed his life. In Israel, he fell in love with both the land and a local woman. He got married, converted to Judaism, became a citizen, learned Hebrew, served in the army, and ultimately was recruited into the Mossad, the Israeli Secret Service. This remarkable book, which he wrote with Jonathan Kay, tells the story of his years in the Mossad from roughly 1988 to 2001.

After his IDF service, Ross received “a discreet letter from an obscure department of the Israeli government inviting me for an interview.” At first no one ever mentioned the Mossad: “Instead, we always used the expression hamisrad, which means ‘office,’ even later when I was a veteran working in HQ.”

His training was rigorous. At one stage he was arrested by two Shin Bet agents who accused him of drug smuggling and threatened him with electroshock torture. Ross stuck to his counter-story and divulged nothing about his Mossad affiliation; only afterwards was he told it had been a training exercise “like something you’d see in Mission Impossible.” After the grueling episode his trainers insisted on helping him “decompress,” correctly understanding that he would have quit if they had let him go home right away.

Ross realistically describes many exciting and often dangerous undercover intrigues, always providing the geopolitical context behind each one. On the mission that he considered his most daring and successful, he boarded a car ferry in Ankara and attached an explosive charge to the underside of a high-level terrorist’s Mercedes. Soon afterwards the target detonated “somewhere on a lonely stretch of highway in Kurdish bandit country near the Syrian border.”

In several cases Ross and his partners successfully concluded their parts of missions that were later aborted. For example, in a dazzling episode of high-risk espionage, he and a fellow operative attached a homing device to a ship in a Casablanca port bringing a shipment of Scud missiles to Syria. Israel decided not to sink the ship out of concerns about retaliation and political fallout. Similarly, Israel scuttled a plan involving targetted killings of Iranian-Hezbollah agents in Sudan. Such caution, Ross writes, “is the price Israelis must pay for the humanitarian ethos that informs their society and government.”

Many of his assignments seemed more mundane than heroic, lacking any James Bond-type derring-do. In one case, while traveling in his frequent cover alias as a businessman, he visited an area near Tehran, gathered samples of topsoil near a nuclear facility for lab analysis, then went home, mission accomplished. 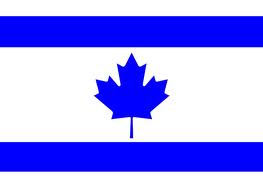 Ross writes with apparent candour about one dark episode in Johannesburg, when he and a partner posed as South African policemen to apprehend some Iranian agents purchasing advanced weapons. Descending on their hotel room at dawn, they “arrested” them, took them to a warehouse for a beating, then to the airport for the next flight home. This is the ugliest moment in the book, but Ross admits he now wishes he had shot the Iranians instead. “Perhaps that doesn’t sit well with our sensibilities and indulgent Western value system, but as far as I was concerned all I did was administer a few well-deserved welts and bruises,” he writes. “If only Ron Arad, Zahra Kazemi, and the thousands of other victims of Iranian brutality had been so lucky.”

Worn out after seven years as a street-level operative, Ross opted for a “desk job” in Tevel, the Mossad division that shares and trades intelligence with the CIA and other intelligence-gathering organizations around the world. Because of his Canadian background and English-language fluency, he was given a plum position as coordinator of the liaison between the Mossad and the CIA. A close observer of the American-Israeli relationship during the Clinton years, Ross provides telling glimpses of President Clinton, Yasser Arafat and American diplomat Dennis Ross.

The Israelis frequently impressed the Americans with their high level of sophistication and priceless intel, according to Ross. He professed to take enjoyment “in surprising my U.S. colleagues with stunning revelations about an enemy operative working clandestinely in their own backyard. The combination of gratitude, respect, and humility that my counterparts exhibited on those occasions was one of the things that made the job worthwhile.”

Too often, however, much good intel was wasted because of mistakes, ineptitude, weaknesses of the legal system, and the frustrating tendency of various partnering agencies to compete and be secretive with each other. In one high-level case, Tevel tipped off the FBI about Ramez, a man who worked by day at the Ford plant in Dearborn, Michigan, and by night procuring export-restricted technology for Hezbollah.

Surveillance on Ramez reaped much valuable intel, but the flow stopped soon after he was arrested under the “material support” provisions of a U.S. anti-terrorist law. Ignoring pleas from all levels of law enforcement, an American magistrate granted Ramez bail on condition that he wear an electronic tether. “Once released, Ramez promptly cut the tether, grabbed his brother’s passport, crossed into Canada, and fled to Lebanon.” The only happy note is that six years later, he stupidly returned to the United States and is now in jail.

The Volunteer offers enough authenticating details about the Mossad that one wonders whether important operations and secrets are being compromised. Only in the book’s final pages does Ross admit that he did not receive the Mossad’s approval and that the agency would certainly not have been pleased with its publication. Yet it is clear that his loyalty for the organization and for Israel remains intact, and in various instances he refrained from divulging information he considered too sensitive to publish. Thankfully, he is no disgruntled and cynical ex-operative keen on spilling dirt, and many of us know his co-author, National Post managing editor Jonathan Kay, as one of Israel’s greatest defenders in the Canadian media.

The Volunteer was published three years ago, but I was saving it for a good occasion.

I read it amidst the rising cacaphony of international condemnation of Israel after the Gaza flotilla episode. While also acknowledging some of Israel’s flaws, The Volunteer presents many illustrations of Israel’s uncanny strength, superlative intelligence and high moral values, and gives defenders of Israel plenty of reason to cheer. ♦