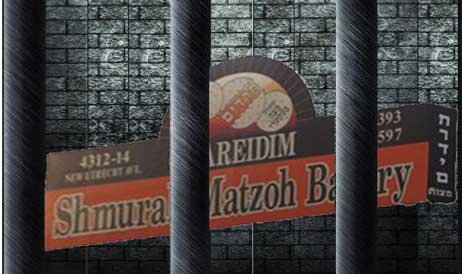 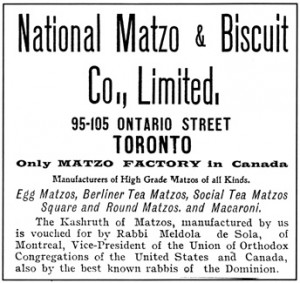 ◊ This article reflects two problems sometimes faced by members of the city’s Jewish community in regard to the police. The first is selective enforcement of the law, seemingly targeting the Jews (and certainly other minorities probably even more). The second is the specific Sunday blue laws that meant that traditionally observant Jews were prohibited from working on Sunday as well as Saturday, thus significantly restricting their livelihoods. In this story, the police apparently used a ladder to achieve a surprise raid of a upper-storey matzah-baking factory — Toronto’s own “matzah-gate” of 1909.

Some Concession Likely for the Jewish Residents

That Mayor Oliver has little sympathy for the action of the police in enforcing the law too stringently against the Hebrew bakers, was shown by his letter to Mr. J. W. Gurofsky. The letter speaks for itself, and explains his Worship’s position. It reads:

“I received your letter regarding the action of Police Sergeant Pogue, and a constable, in climbing through a second storey window of the National Matzo and Biscuit Company, Limited, at the rear of 105 Ontario Street, where some employees of the company were found preparing dough for baking purposes. You call attention to the fact that nearly all the large bakeries in the city have employees working on Sunday, but that police activity seems to be directed only against bakeries owned by Jews. You also point out that Jews should, if anything, be given a little more latitude than Gentiles, inasmuch as the former are permitted to work on Saturday, while the latter are not.

“My own opinion is that the Police Department should be more tolerant in cases of this kind, and I think some arrangement should be made whereby the police should not interfere in the case of Jewish bakeries.

“It is my intention to place your letter before the Board of Police Commissioners for consideration at its next meeting.”

Mr. Gurofsky told The Star today that members of the Jewish population of the city would make a strong effort to have more latitude given their people along lines suggested by the Mayor’s letter. There is another grievance, which they believe they have, which needs adjusting. This is in connection with the Jewish butcher shops.

According to the Jewish law, all stores, including butcher shops, must close on Saturday until [at least] six o’clock in the evening. As a result, the butcher has only from that hour till twelve midnight to cut up and deliver his goods. The steady growth of the city is making this task more and more difficult, until now it is almost impossible to serve all customers.

One result of this condition is that Hebrews are compelled to purchase their meat as early as Friday, and keep it over Saturday for use on Sunday. This is a big problem for many housewives, and it is strongly urged that the restrictions placed by the police, which requires all deliveries to cease at 12 o’clock on Saturday night, be modified in the case of the Jewish butchers. ♦