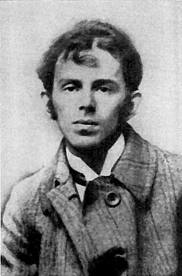 On November 12, Aaron and friends are due to present a celebration in words and music of the life and poetry of Osip Mandelstam, the legendary Russian-Jewish poet who died in a Stalin-era labour camp in 1938.

Mandelstam is the subject of Aaron’s latest collection of poems, Surviving the Censor: The Unspoken Words of Osip Mandelstam. Although Seraphim Editions only recently brought out the 86-page volume, its contents have already won renewed critical attention for Aaron since some of the poems were previously published in journals and were short-listed for national magazine awards.

Two years ago the Canadian foreign ministry invited Aaron to speak about Mandelstam in St. Petersburg, Russia, an adventure he calls “the trip of a lifetime.”

Aaron took eight or nine years to complete the collection of 48 prose poems through which he sought “to pay homage to a master.” The poems were written in four voices: the poet, his wife, a researcher, and a fellow inmate of the camp in which he died. “I set out to tell Mandelstam’s story in art,” he said.

Part of the creative process involved reading many volumes of Russian literature, memoirs and history. “As soon as I learned the facts I tried to forget them, because I’m trying to convey the spirit of the times — to squeeze the facts to get the juice.”

Mandelstam was arrested in 1934 for a poem attacking Stalin, and endured four and a half years of persecution and internal exile until his death at 43. His wife Nadezhda and others so revered his state-forbidden writings that they committed many of his poems, fiction, literary criticism and even newspaper articles to memory.

Aaron, born in Ottawa in 1959, said he was “totally blown away” the first time he read Mandelstam’s poetry, which “was unlike anything I’d ever read.”

“The effect it had on me as a reader was amazing. It’s so filled with literary references, it’s actually an education just reading one of his poems and trying to come to the end because there are so many tangents.”

After completing courses in Judaic studies at York University, Aaron lived in Israel for nine years and held a senior position with a prominent advertising and public relations firm. His colleagues were astounded when he announced he was leaving the company to write a book.

That first poetry volume, The Lost and Found, was published in 1990. It won the Tel Aviv Foundation prize in Israel, among other awards, and prompted PEN Israel to arrange a reading tour for Aaron to the United States.

His next book was the coffee-table volume A Seed in the Pocket of Their Blood (1998), which was republished by Syracuse University Press in 2000. The book, which combined poetry and photographs, became a traveling exhibit seen by many thousands of people in Canada, the United States and Israel.

At the Book Fair, Aaron teams up with actors Dmitry Chepovetsky and Shauna MacDonald (who will read in Russian), and musicians Daniel and Carey Domb, to present A Celebration in Reading and Music of the Life and Poetry of Osip Mandelstam. The event takes place at Leah Posluns Theatre on Nov. 12, 8 p.m., and costs $5. ♦