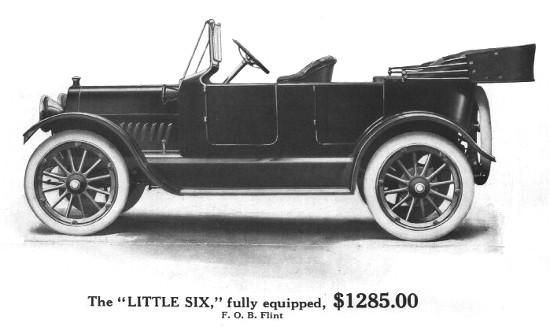 J.C. Eaton of Toronto Bought the Second – Wonderful Development of the Automobile in the Past Six Years – 3,000 Cars Owned in This City

The development of the automobile during the past five or six years has been simply wonderful. How many of the thousands who visit the Automobile Show in Toronto next week will realize just how marvelous the development has been? Eight or nine years ago there were only about a dozen motor cars in Toronto—and queer old rattletraps they were. Now there are 3,000 in the city between 700 and 800 of them being big high-power, closed cars. And all over the Dominion there has been a similar development.

The first man to own and drive a car in Toronto was Mr. J.C. Eaton. Among the first autos put on the market in America were four Winton cars, two of which were sold to Americans and two to Canadians. Mr. John Moodie Jr. of Hamilton, bought the first, so that to the Ambitious City belongs the honour of boasting of the original Winton. . . and the honour of having the first automobile in Canada. That was in 1899. About six weeks after Mr. Moodie made his purchase, Mr. Eaton who never lets anything new escape him, bought another three cars, nine horse-power phaetons capable of carrying several passengers. They were each equipped with a gasoline engine of primitive pattern, with a 175-pound flywheel, and wheels which measured at the rear 36 inches and at the front 32 inches.

In the same year, Mr. Moodie went on a trip to England. He made up his mind that when there he would buy a European car which would be a crackerjack and the envy of all Canadians. So he sold his Winton car to that well known motoring enthusiast Dr. P.F. Doolittle. The doctor, then, was the second Toronto car owner, and his was the first car brought into the country by a purchaser. As might be expected, he tells some interesting stories about his pioneer experience.

Dr. Doolittle used to do a lot of motoring out Hamilton way, and his car often stuck in the sand hills encountered in that direction. Sometimes he would get out and help push it along, for on the low gear it ran only about two and half miles an hour. The car would get in a good deep sand rut, and so would require no steering, and the doctor could go behind and help boost it along. On half speed, too, the Winton had more power backing up than going ahead, and the engine was often reversed in order to get out of a tight place. These early autos had pneumatic tires, but they were only single tubes, and punctures were frequent. On one occasion Dr. Doolittle poured a pint of molasses into a punctured tire and this bit of resourcefulness carried him to his destination.

Dr. Doolittle also laughingly recalled that eight or nine years ago he could sit in his surgery, which was then at the corner of Sherbourne and Shuter Streets, and without looking out distinguish every car in the city as it wheezed past. At that time, as has been said, there were only a dozen or so in town. They all had single cylinder engines each with distinctive exhaust. You know how easy it is at a small summer resort where there are a dozen motor boats to become acquainted with the peculiar exhaust of each. Well, in just that way the doctor knew all the Toronto automobiles of that day. He retained the knowledge until the number increased to a couple of dozen. 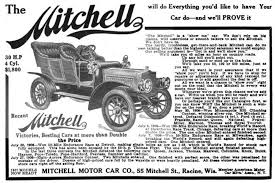 Among the illustrious pioneers whose cars were familiar to Dr. Doolittle were Mr. F.W. Bailey, Mr. S. Frank Wilson, Mr. W.A. Kemp, Mr. J.C. Eaton, Mr. W.S. Smith, and other prominent citizens. After a while, Mr. S. Frank Wilson put a crimp into all the local owners. He bought a two-cylinder car – the first in Toronto. He was looked on as a monster and a regular wonder and for some time, Mr. Wilson was in a class by himself.

One of the most expert automobilist in the city was Mr. W.S. Smith of the Automobile and Supply Co. Mr. Smith was one of the first men to drive a car in Toronto. About ten years ago he had a little French quadracycle with a 6-horse power engine on the rear side. This car had two seats – a bicycle saddle at the rear for the operator and a small folding seat in front for a passenger. There were pedals attached and to start his car, Mr. Smith pedaled it along for a few strokes just as a motorcycle rider does today. Mr. Smith would start for business at nine in the morning, and sometimes he would arrive downtown at two o’clock, and sometimes he never arrived – by the car. At the present time, Mr. Smith thinks nothing of starting from Buffalo at nine in the evening and driving through without a pause. And by the way, one day before the speed limit regulations were in vogue, he and Mr. F.W. Bailey established a speed record from Buffalo to Toronto. They made the distance in 3 hours and 53 minutes. That was in 1892. Now much faster time of course is made.

Took a Day at It 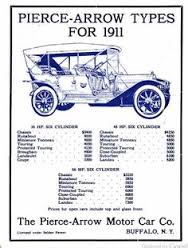 Mr. Smith relates that when the Toronto Automobile Club made its first run they left the Queen’s at seven in the morning and arrived at Buffalo about 8 p.m. Some members of course never got there at all. On another occasion in the early days, Mr. Smith and Mr. Bailey made a record run to Detroit and were feeling very boastful about their performance. But they were a week getting the car home. They broke an axle and for days had men digging around in the sand for ball bearings and other things. One has only to recall these adventures to see how far automobile manufacture has progressed towards perfection.

In 1901 there was one automobile license in the United States. There are now 440,000. In Ontario alone there are 10,000 licenses. But this does not mean that there are 10,000 automobiles in the province. Fully half of those Ontario licenses have been issued to American owners for touring purposes. An American car cannot pass the boundary line without a Canadian provincial license. These are granted by the customs officers at Windsor, Niagara Falls, and other points along the frontier. A Canadian driver, however, can cross the line and obtain his American license afterwards. There are, then, as nearly as can be estimated 3,000 cars owned in Toronto. As to the development of the industry, one Toronto dealer said this week, “The business has just doubled in the past twelve months.”

This sudden immense growth in sales is accounted for by those familiar with the subject largely by the fact that a great many people have just begun to realize that the automobile is something that can increase both a man’s pleasure and his business. Many a professional and business man who might hesitate about purchasing a car merely for the amusement of himself and his family buys one or perhaps more because he can honestly regard the outlay largely in the light of an “investment.”

And of course the whole industry had jumped forward in recent years by reason of perfection of motor car mechanics. The auto is no longer an experiment. The owner nowadays does not have to be an expert mechanic. No one need be afraid to buy a good car for fear he will not be able to do anything with it because of its vagaries.

And this advance toward perfection helps the producer of cars greatly in another way. Formerly a manufacturer was afraid to turn out more cars than he could sell in a season because every year brought drastic changes and the cars unsold had practically to be thrown into the scrap heap. Now there is standardization. Last year’s car is mighty little behind this year’s in essential worth. The manufacturer can sell his entire output. Consequently he can manufacture more cheaply and sell more cheaply. And everyone in connection with the business of intelligently interested in it experience the option that the development of the automobile will from now on increase even more rapidly than in the past few wonderful years.

There are now in Ontario half a dozen automobile manufacturing plants, most of them branches of American companies. They have all come into existence during the past six or seven years. ♦