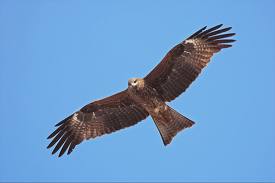 Dr. Reuven Yosef, one of Israel’s best-known ornithologists, has won a $25,000 (US) enterprise award from the Rolex Watch Company for transforming a garbage dump into a bird sanctuary outside the burgeoning tourist resort of Eilat on Israel’s 11-km-long strip of Red Sea coast.

Born in India, Yosef came to Israel at the age of 16 in 1974, after the Yom Kippur War. While serving in the army, he treated a shrapnel-injured stork and gained a reputation for rescuing birds and other animals wounded in the field. Today, as director of the International Birding & Research Center in Eilat, he is credited with helping to rescue natural habitat essential to the survival of many winged creatures on three continents.

Situated on the northern edge of the Saharan-Arabian desert belt, Eilat is a critical pitstop on a major bird migration route between Africa and Eurasia. Each autumn, vast multitudes of feathered flyers arrive to feed and rest in preparation for an arduous exodus southward to central Africa.

On the return journey northward in spring, the birds fly thousands of kilometres over the Sahel and the Sahara and Sinai deserts. Eilat is generally the first patch of green they see; many arrive sunbaked and exhausted, having flown up to 40 hours without “refueling.” For countless generations they have fed on the insects, fruits and other nutrients found in local salt flats and marshes, then continued to their summer ranges. 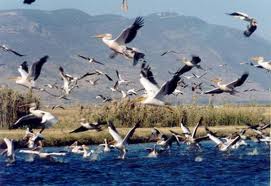 The Eilat flyway is the most easterly and most heavily traveled of three main Eurasian migration routes. It is the only “land bridge” crossing between Africa and Eurasia: the western and central flyways pass through Gibraltar and Messina, respectively.

Yosef estimates that upwards of one billion birds pass through Eilat twice annually during the spring and autumn migrations. More than 230 species have been counted here, including 39 raptors or birds of prey.

“Without this stopover, the birds would simply drop out of the sky because of starvation,” he says. “Should they die, the insects and pests they now control would thrive, playing havoc with Eurasian agriculture and damaging, perhaps beyond repair, ecosystems from northern Scotland to the Russian steppes.”

Eilat’s phenomenal rise as a desert boomtown has been detrimental to the birds. Fifty years ago, all that marked Israel’s strategically important toehold on the Red Sea was a police outpost dating back to Ottoman days. In 1972, the population was 13,000. Then began an era of rapid growth, sparked by strong commercial investment and such modern innovations as air-conditioning and jet travel. In recent decades Eilat has outstripped its historic neighbour, Aqaba, Jordan, in both size and touristic sizzle. Today it boasts about 100,000 residents, many of whom fill their gardens with pretty, non-native plants that offer little sustenance to birds. 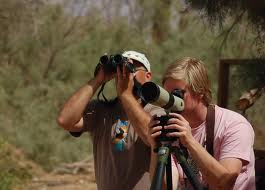 Until the International Birding & Research Center was established in 1984, the town had seemed largely indifferent to its natural surroundings. The local dump, which had served for two decades before being abandoned in the 1970s, had usurped all of the salt flats and marshes, some 12 sq. km in area. Hotel construction and other commercial development had likewise encroached upon other areas of natural vegetation.

The birds had almost nowhere to turn. “You would see birds wandering around town, exhausted and looking for food, but all they would find were exotic species,” Yosef recalls.

Of particular concern to naturalists were the devastating consequences to the unique plant community dominated mostly by Suaeda monoica, which had thrived in the salt flats and marshes. So as to avoid the extreme heat of summer and the strong winds of winter, Suaeda monoica flowers and bears fruit during spring and autumn — in essence, laying out a welcoming smorgasbord for the arriving flocks of birds.

With the near-demise of Suaeda monoica, several indigenous species of bird, including the rufous bush robin, dead sea sparrow and great grey shrike, also disappeared from the region. Alarmed, Dr. Yosef and a group of ecologically-minded citizens purchased the dump from the city. They bulldozed the garbage into huge craters and convinced local contractors to cover the site with earth excavated from nearby construction projects.

The result was a cleansed landscape with a fresh layer of topsoil three metres deep. Finally, they replanted Suaeda monoica and other indigenous plants in high concentration, and devised an irrigation system using partially treated and nutrient-rich sewage water. Although much smaller than the original marsh, the transplanted area provides much more sustenance for ravenous beaks.

Part of the Center’s mission is to band and study avian specimens such as the booted eagle, lesser spotted eagle, snake eagle, imperial eagle, marsh harrier, osprey, black kite and honey buzzard, as well as various pelicans and storks. “Only two per cent of the birds that we ring are subsequently sighted,” says Dr. Yosef. Small, lightweight radio transmitters, attached to the backs of some long-legged waders, can pinpoint their whereabouts within 500 metres. Such technological devices help ornithologists chart migratory routes across vast distances and resolve other major questions.

Songbirds and other small birds are caught without injury in superfine, almost invisible nets stretched out across the low trees. Staff members carefully bring the captured birds to a banding hut. Groups of onlookers watch as the workers measure the birds, examine them for signs of disease, band and then release them unharmed.

Sitting in a jeep parked at a discreet distance, Dr. Yosef watches as a steppe buzzard, lured by the irresistible sight of two sparrows flitting in a cage, swoops down and is caught in a wire mesh trap. He rushes to the spot and quickly untangles the buzzard’s sharp talons. Raptor in hand, he shows off his prize: a magnificent, tawny, golden-eyed bird about a foot in height. He holds it firmly by its feet, explaining that its claws, not its beak, are by far its most dangerous feature.

Returning to the banding hut, he weighs the buzzard, measures its feathers and wingspan, extracts a tiny sample of blood with a small needle. His scientific examination concluded, he puts a band around one of its talons, takes it outside and throws it into the sky.

The blood sample is later smeared across a microscope slide in a bid to detect microscopic parasites. Since each region of Africa has its own particular parasites, ornithologists can pinpoint with astonishing accuracy the spot where a bird has spent the winter.

Like the birds who come to Eilat in March and April and again in September and October, flocks of birdwatchers descend upon the town from all over the world. In the height of the birding seasons, Eilat’s famous hotels may host as many as 20,000 of them at once. With their cameras and tripods, they are seen in town, by the beach, along the three man-made lagoons and in a nature preserve and kibbutz within walking and biking distance of the hotels.

Thanks to the work of Dr. Yosef and others at the International Birding & Research Center, both groups of visitors will likely be winging back to Eilat for many seasons to come. ♦