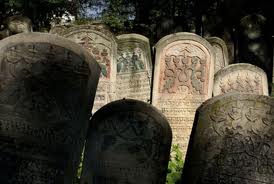 After several years stationed in Europe as a freelance political journalist, American writer Ruth Ellen Gruber was startled to discover that a magnificent old synagogue had been restored in the Hungarian town of Szeged. “I never had any inkling that such a synagogue could exist outside of a major city,” she recalled.

Shortly afterwards, she visited 12 more little-known former synagogues in a three-day trip in Eastern Europe. On a separate expedition in Poland, she saw some 34 synagogues in varied condition: some were warehouses, others were in ruins.

“That was the beginning of an obsession for me. I had lived in Europe for six years and never knew those places existed. Although Jews had lived in Europe continuously for 1,000 years, the tourist guidebooks talk about palaces and churches but omit references to synagogues.”

Gruber’s obsession resulted in the publication of Jewish Heritage Travel: A Guide to Central & Eastern Europe (John Wiley & Sons). Offering myriad details about sites in Poland, the former Czechoslovakia, Hungary, Romania, Yugoslavia and Bulgaria, the the well-received guidebook was immediately hailed as the only modern source to focus on places where Jews lived instead of enshrining the places where they died.

In a second volume, Upon The Doorposts of Thy House, Gruber discusses in greater depth some of the former sites of Jewish life in Central and Eastern Europe that she found most moving and fascinating. ♦