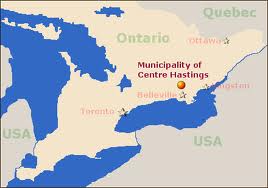 The reunion takes place in the city of Belleville on the June 3 (2005) weekend, and includes a full program to celebrate the building’s 50th anniversary.

In 1955, 65 Jewish families looked at their old-fashioned synagogue, which was then in downtown Belleville beside the railway tracks, and decided they needed a new building. They picked Belleville’s east end for the site of the new shul they built.

Paula Freeman, a member of the reunion organizing committee, said that although the old synagogue was filled only on High Holy Days, “the community was blessed with enough children to fill a cheder and Sunday school.”

The new building was close to the public schools, and convenient for parents who dropped off and picked up their children.

The new Sons of Jacob Congregation building included a sanctuary, classrooms and a large, flexible space to accommodate community events.

“The building is still being used, although not as fully, and there is no longer a full-time rabbi and the cheder-Sunday school is small,” says Freeman.

Brenda (Black) Goldstein and Paul Yanover are the Toronto reunion chairs. The reunion committee includes current and former shul members as well as former students of the cheder and Sunday school. Some of them were the first children to use the building 50 years ago.

Committee member Jan (Saltz) Charendof says that it was “a very close community. We did many things together. During the war, the women of the synagogue would prepare meals for the Jewish servicemen stationed at nearby Trenton Air Force base, and the airmen were often invited to the synagogue for services.”

Paul Yanover says, “We, who were the Jewish youth of Belleville, were very excited awaiting the opening of our new shul 50 years ago. It was a modern building situated away from downtown.

“Now as the 50th anniversary approaches, we are looking forward to returning to our roots — small-town Ontario — to renewing old friendships and reliving the good old days.”

This article appeared originally in the Canadian Jewish News and appears here courtesy of the author. © 2005 by Cynthia Gasner.

For more on the Jews of Belleville, see the article on Belleville on the Ontario Jewish Archives website.