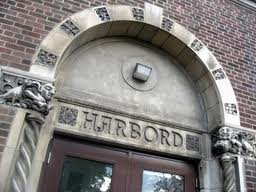 Many graduates of Harbord Collegiate Institute, once the centre of activities for Jewish teens in Toronto, have wonderful memories of their time at the school.

The graduating class of 1953 recently held its 50th reunion dinner at Meron Banquet Hall, where 88 graduates, spouses and partners gathered, from places as far away as Kingston and Parry Sound in Ontario, and cities in Alabama and Arizona.

The invocation was given by accountant Irwin Talesnick, who presented a non-denominational prayer that encompassed the various ethnic and religious affiliations of those who attended the reunion.

“It was an amazing experience to see people, some of whom I have not seen in 50 years, even though we have spent our lives in the same city,” said architect Marty Poizner, who spearheaded the organization of the reunion.

“Some faces have changed. Most hairlines and waistlines have changed, but the personalities haven’t.” He added that the members of the organizing committee met half a dozen times to plan the event, “and we had great fun.”

On a sadder note, psychologist Harvey Silver, who was MC, noted that 20 students and most of their teachers had died.

He introduced their Latin teacher, Elizabeth Staples (now Vowles). He said that this had been her first teaching job, “and many of the boys had a crush on her. To me, she was the equivalent of Doris Day. Miss Staples went on to teach at the Associated Hebrew Schools.”

In introducing Staples, he said, “You may be shorter and heavier, but you still have the sparkle and enthusiasm and caring for people.”

Silver spoke about the economic and geographic reasons for choosing Harbord and said, “Looking back, it is more the attitudes than the aptitudes that determine the altitude of our success.”

Throughout the evening, people told stories about the highlights of their years at Harbord.

Tom Alderman, a journalist for CBC radio and television and a featured writer, spoke of the students betting on the races at school.

Alderman was called “The Commissioner of Racing” and co-ordinated the betting for the races to take place that afternoon at Woodbine Race Track. The newspapers sensationalized this story and the gambling was brought to a halt.

Some graduates recalled that the State of Israel was declared when they were students in Grade 9. The school orchestra and the students marched down University Avenue to join the celebration at Maple Leaf Gardens.

During the dinner, graduates were given their graduation pictures with the comments that were in the 1953 yearbook. At each table, the graduates read the comments and then spoke about some of the things that have happened in their lives in the 50 years since they left the school.

Speakers also recalled the sold-out Gilbert and Sullivan productions, their winning basketball teams and the Arthur Murray dance lessons which, Silver said, “taught awkward teenagers like me to box step, something I remember to this day.”

There was much camaraderie and story swapping and Silver concluded his speech with: “The past is history, the future is a mystery, the present is a gift. Please enjoy tonight and for the rest of your life.”

He said that many of those present do not want to wait another 50 years to meet again. “They are planning to have a followup reunion in five years.” ♦

This article appeared originally in the Canadian Jewish News and appears here courtesy of the author. © 2003 by Cynthia Gasner.

The 1950 graduating class of Harbord Collegiate Institute will mark its 60th anniversary at a reunion brunch at the Beth Emeth Bais Yehuda Synagogue on Sunday, October 17, 2010.

Harbord was once the hub of Jewish teens in Toronto — from the late 1920s to the mid-1950s, 90 per cent of the school’s student population was Jewish, mainly with roots in eastern Europe.

“After we celebrated our 50th anniversary in 2000, a group of classmates decided that we would enjoy each other’s company every few months at lunch,” says Helen Klingman, a Harbord graduate and a retired principal who compiled a historical overview of the school in an essay titled Memories of Harbord Collegiate.

Klingman says the driving force for the 60th reunion came from the lunch group, and various members of the group are participating in planning and organizing the reunion.

“It’s their support and enthusiasm that has carried us through the years to this 60th reunion milestone,” she says.

“Over the last 10 years, we’ve lost some of our classmates, but that has made it all the more important to enjoy each other and to recall our memorable time at Harbord.”

“Our speakers at the brunch will be leading us down Harbord’s memory lane,” she adds.

Graduate Howard Warner, a chartered accountant, will give the welcoming speech. The MC for the evening will be Lawrence Naiman, a retired pediatric hematologist from California who also graduated from Harbord.

Many graduates of the class of 1950 are prominent names in medicine, law, business, science, architecture and other disciplines.

Among the speakers at the reunion will be dentist Josh Fedder; Bernard Langer, professor emeritus of surgery at University of Toronto; retired pharmacist Murray Rubin; and Mildred (Tameanko) Steinberg, head of the Jewish Book Fair.

Speaking of their years at Harbord, Klingman says, “The five years we were at Harbord were very meaningful and memorable. Israel was declared a state and many families had to deal with the immediate aftermath of the Holocaust, with some survivors attending Harbord.”

She adds that although it was an intense historical period, “we had an opportunity to learn, to laugh, to enjoy a unique camaraderie and to make lifelong friends.” ♦

This article appeared originally in the Canadian Jewish News and appears here courtesy of the author. © 2010 by Cynthia Gasner.