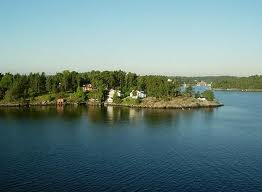 One of the first and most persuasive successes of the League of Nations, the international political body that prefigured the United Nations, was the resolution of the so-called Aland (pronounced “Oh-land”) Islands Question in 1921.

This archipelago of about 10,000 islands, only 6,500 of which are large enough to have been named, is usually represented as a mere dot on the map, midway between Finland and Sweden in the Baltic Sea.

The westernmost extremity of the Russian Empire from 1809 until the revolution of 1917, Aland’s Swedish-speaking populace initially sought to rejoin their old mother country, Sweden. In light of Finnish protests, however, they became an autonomous, demilitarized province of Finland.

The arrangement has worked well. Today Alanders possess their own blue-yellow-and-red flag, a post office that issues stamps much sought after by philatelists, and a Parliament that is uniquely entitled to pass laws concerning their internal affairs. Both Finland and Sweden have agreed to help preserve the language, culture and local traditions.

After arriving in Helsinki recently on a direct Finnair flight from Toronto, I went (as part of a group) to Turku, Finland’s former capital and its second-largest city. There we boarded an enormous Viking Line ferry (capacity 2,500 persons) that powered westward for four hours to the Aland capital, Mariehamn, a pretty maritime town of 10,300 with a four-masted sailing ship, the Pommern, dominating the harbor. 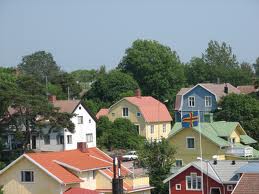 Major sites of interest include the outstanding Maritime Museum adjacent to the Pommern, the partially restored medieval Kastelholm Castle, and the ruins of Bomarsund, a vast fortress built by Tsarist Russia to protect its Baltic gateway. Once populated by some 2,500 Russian soldiers, Bomarsund was blown up by British and French forces in 1854 after the Russian surrender during the Crimean War.

Many relics of the Aland’s military past survive, including rows of cannons and portions of the fortress’s thick walls and gigantic towers. Several military cemeteries of various religious denominations may be reached by trekking about 40 minutes into the bush.

Bicycles and boats are highly popular modes of transport across these islands, whose rocky terrain and tall pines mirror the landscape of the Finnish mainland as well as Ontario cottage country regions such as Georgian Bay or the Muskokas. The Aland Islands are visited regularly by large ferries that ply the waters between Helsinki, Turku and Stockholm; passengers may ride free on some of the small ferries that link the major islands. Cyclists reaching the end of one island may frequently continue the course on the next island.

According to Roger Nordlund, who sits on the executive council of the Aland government, the Crimean War was “something that just happened here” to which most Alanders were spectators. The province’s former status as an outpost of the Russian Empire seems almost as remote as its earlier importance to the Vikings of a millenium ago, who used the islands as a stopover on journeys to Russia and Asia. 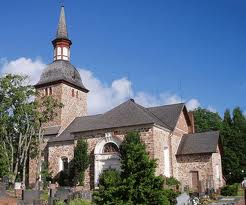 Nordlund seems astounded as he recalls that his grandmother, born 86 years ago when the Aland Islands were part of Russia, could speak Russian. “Apparently, as young girls, she and her sister played with the Russian soldiers, who treated them very nicely. That seems amazing to me now because Russia and the Russian system seem so far away.”

Alanders, who number about 25,000, are highly protective of their territory and culture. To apply for regional citizenship, prospective citizens must live here for five years, speak Swedish, and apply for Finnish citizenship first. Only citizens can buy land, a measure designed to prevent the islands from becoming a summer playground for wealthy non-islanders.

Most Alanders know Finnish but prefer to speak Swedish; however, they still have many affinities with the Finns. Chief among these are a predilection towards hard liquor such as vodka, strong beer, reindeer meat, herring, flatbread and smoke saunas. As well, they presumably share the internal fortitude to survive the dreary darkness of December, when the sun hibernates.

The corollary is that many Alanders (like their counterparts on the Finnish mainland) seem to do largely without sleep in June and July, when the days grow long and the sun slips beneath the horizon only briefly each night. Each evening, the orange-red ball of the sun hangs forever in the sky, as though the world has been plunged into suspended animation. Bars, cafes and sidewalks are busy throughout the elongated twilight.

While it may be tempting for Canadian travellers to consider the Aland example as a potential model for our own political federation, any attempted analogy between that Finnish province and Quebec is bound to be fundamentally flawed. For one thing, while about 23 per cent of Canada’s population of almost 30 million lives in Quebec, Alanders represent a mere 0.5 per cent of the total Finnish population of about 5 million.

And while Quebec is Canada’s largest province and occupies a central part of the country between two major regions, Aland is Finland’s smallest province and is geographically separate from the rest of Finland.

You may rest assured that no political plots are brewing in this rather sleepy maritime outpost and that the only thing fermenting here is beer. If the Aland Islands should remind Canadian travellers of home, it’s primarily due to the familiarity of the northern landscape of multiple lakes and islands, rocky shores, conifer horizons, and gorgeous blue skies. ♦