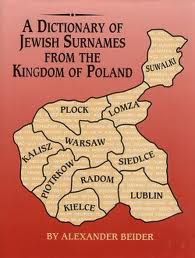 What’s in a name — or, more precisely, a Jewish surname? No one, it seems, has ever been able to answer that question with as much scientific methodology and linguistic and historical background as Alexander Beider, a 32-year-old Moscow-born statistician who emigrated about 1990 to Paris, where he lives and works as a computer programmer.
In recent years, Beider has seemingly performed a Herculean task in his spare time, having authored two major works of Jewish onomastics. His massive and in many respects unprecedented Dictionary of Jewish Surnames From the Russian Empire appeared in 1993, the first work of its kind in English and possibly any language to take a regional as well as a linguistic approach to the study of Jewish surnames.

What distinguishes this work and its predecessor from all other dictionaries of Jewish surnames that have gone before? For one thing, Beider is apparently the first researcher to do an inductive survey of Jewish surnames based exclusively on primary sources, without rehashing names from previously published literature in the field. Besides the Russian voters’ lists, he utilized lists of names from 166 yizkor or memorial books (mostly post-Holocaust) and a random sampling of indexes from 19th-century Polish civil records for 36 communities.

As well, Beider has a professional historian’s grasp of his subject and its context, and provides what is probably the most systematic and credible explanation that exists in English of the surnaming process for Jews in the Kingdom of Poland. Any devotee of the subject who reads the chapter on the History of Jewish Names in Poland, having previously assumed (as I did) that much of this information was irretrievably lost, will want to shout “Hallelujah!” 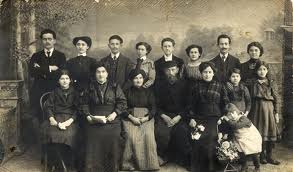 But perhaps Beider’s most important innovation is his dogmatic insistence that Jewish surnames can be correctly understood only in reference to the geographical location and linguistic culture in which they first occurred. In some instances, he is able to divine not only the meaning of a name but the place where its bearer must have lived when the name was adopted. He writes of “the influence of geography upon names” and argues that “the language should be appropriate for the place where the name originated. For example, the derivation of a Jewish surname in the Russian Empire from a Romanian or Turkish word is plausible only in Bessarabia where those two cultures met.” [p.xii]

All by itself, this assertion marks a revolution in Jewish onomastics. Neither Heinrich and Eva Guggenheimer’s heavyweight contribution Jewish Family Names & Their Origins: An Etymological Dictionary (1992), nor Benzion Kaganoff’s much lighter Dictionary of Jewish Names and Their History (1977), which elegantly served an earlier generation of Jewish surname hobbyists, presented any kind of principled scientific methodology, and if these authors had anything resembling the same they kept it to themselves. Instead, they seemed to perpetuate many of the traditional shibboleths and superstitions that have generally prevailed in this field, in large part because, as Beider explains, Jews themselves were largely indifferent to their own surnames until the modern era.

Collating information from a multiplicity of historical sources, the chapter on the History of Jewish Names in Poland begins with an analysis of the Jewish surnames used occasionally in Poland before 1800, which evidently were not transmitted hereditarily from father to son: a primary source here are the pinkassim of the famous Council of Four Lands that presided over Jewish affairs. “It was only in the wealthiest families and the families of famous rabbis and scholars that the names were sometimes transferred from generation to generation,” Beider writes. It was at the end of the 18th century, after Poland was effectively gobbled up by its three surrounding superpowers, that legislation was enacted throughout the former Polish territories (sequentially in areas of Prussia, Galicia and then the Kingdom of Poland) compelling the massive adoption of surnames by Jews.

The book enlightens us about the many intriguing aspects of this hitherto dark process. We learn, for instance, that in Galicia “married sons who lived in their own homes often were directed to choose a name different from the name assumed by their fathers.” While Galicianers “were free to choose their own names, subject to approval by Austrian officials,” anyone who failed to do so was assigned a name by the authorities.

“In these cases, the choice of the name depended only on the Austrian official’s imagination. One interesting example of the surname adoption report of this kind is known. One Jew was asked about the surname that he would like to assume. There was no answer; the question was repeated. This time, the Jew in question began to cry (weinen) and groan (stohnen), but again no direct answer was obtained. As a result, it was decided to assign the surname Weinstein (Franzos 1888:143). Of course, this particular example is not valid for all Weinsteins, but it clearly illustrates that, in some cases, officials played with words.” [page 8-9]

While possibly apocryphal, this story suggests an extremely rational explanation for the rise of that rare category of names known as derogatory or ridiculous surnames, which were evidently handed out by default.

Within the Kingdom of Poland, Jews were legally required to declare their surnames to the authorities in 1821; upon each declaration, the name was recorded in a special book and its bearer handed a special certificate. As the book indicates, legislation also required that:

How instructive it is, to read Beider’s cogent discussion of these obscure but tremendously important naming laws. Researchers who have utilized 19th-century Polish-Jewish civil records may wonder: Are these the same certificates that the civil records frequently refer to with the phrase podlug zooney metryki (“according to the presented certificate”)?
As Beider explains, officials in various voivodeships began in 1823 to enforce the 1821 laws by seeking out Jews who hadn’t yet declared their surnames and received certificates. Paradoxically, a state commission lists several such Jews from the Opoczno district of Sandomierz — by their surnames! (e.g., Checinski, Fiszer, Jungbach, Kotlarczyk, Kurant, Szmedra, Wainblum, Waxman and Windman.) Evidently, it wasn’t enough that a Jew was using a surname: he had to declare it to the authorities and obtain a certificate. In 1824 and 1825, the days of free choice had run out, and names were imposed on almost all Jews lacking officially-declared surnames.

A polyglot with the ability to speak Russian, English and French, and to read German, Yiddish, Polish, Ukrainian and some Hebrew, Beider treats the linguistic derivations of names and their suffixes, in all their shifting complexities, with the exactitude of a scientist. Like a lepidopterist who nets an exotic butterfly, he seeks to pin down species and genus. For example, he might identify a German or Yiddish spelling change in a surname derived from a Polish noun. A name with Russian or Ukrainian ending elicits the suggestion that the bearer might have migrated westward from the Russian Empire. He even describes names (Beatus, Cyncynatus, Jakobi, Jakobus, Romanus) with Latinate endings, and the names — surprisingly rare — that betray a Hebrew origin. Beider found the name Asorodobraj in the Czestochowa and Warsaw districts, for instance, and astutely recognized that it was derived from the Hebrew for “ten commandments.”
With equal astuteness, the author notes areas where one type of surname seemed to predominate. For instance, he observes that surnames drawn from toponyms (place names) were statistically more prevalent in four compact areas, three of which — the northern Augustow, southern Augustow and eastern Plock voivodeships — were contiguous. Peculiarly, the fourth area, the western Mazovia voivodeship including the towns of Wloclawek and Nieszawa, was far removed. The high incidence in this region of toponymic surnames with the same suffix ending prompted Beider to conclude that “it is quite likely that many surnames ending in ski appeared in Wloclawek because local officials chose that pattern.” [p.36]

But here we are confronted with a seeming contradiction between the author’s use of primary source materials from the 20th century (voters’ lists and yizkor books) and his finely-stated scientific principle that a surname can be understood only in the context of the geographic location and linguistic culture in which it arose. To get around this difficulty, Beider includes an appendix on Jewish Migrations in the Kingdom of Poland, which outlines major migrations including the mass movement from small population centres to industrialized towns in the latter half of the 19th century.

A purist like myself, while expressing great awe and admiration at the scope of this study, must yet wonder how much the metaphorical waters had been muddied by a century’s worth of internal migrations before Beider first started casting his nets. Similarly, the purist would regret that more advantage was not taken of the full range of Polish-Jewish civil records that are available from 1808 onward. Lastly, the purist may wonder about the Russian voters’ lists that Beider relies upon so heavily. The lists are our filter, our prism, to the past. Since they form the backbone of this as well as Beider’s previous study, it might have been prudent for him to describe them more fully. What, for example, were the conditions of the voter registration? Did all Jews qualify and participate? Have any tests been conducted on the accuracy of the lists, in terms of spelling or thoroughness?

As in his previous work, Beider makes full and often intriguing use of statistical charts; in a couple of instances, however, the reader strains to understand their importance. As well, Beider has a scientist’s tendency to serialize needlessly and his prose is particularly dense, even awkward, at times. But these are quibbles. With these two major works, this unlikely young Russian emigre in Paris, with his dual gifts of languages and mathematics, has seemingly set the science of Jewish onomastics on a proper footing after a lapse of far too many years. Alexander Beider deserves high praise and congratulations for this astonishing Herculean achievement. ♦