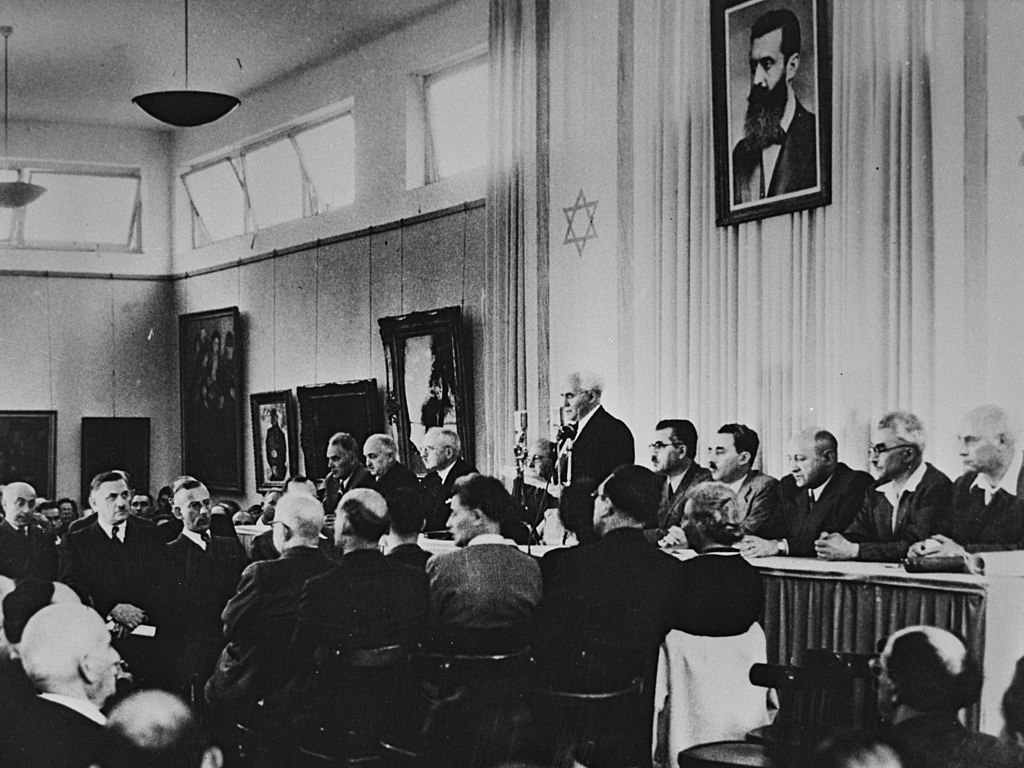 From The Canadian Jewish News, 1972

A very unusual episode, full of portent and prophecy for the future of Jews everywhere, was played out in a remote corner of the country, at an army base in Windsor, Nova Scotia.

It was there that a man who, thirty years later, would be Israel’s first prime minister, its minister of defence, and chief architect of its army, learned the military arts under the supervision of Canadian and British officers.

In Canada, in May 1918, Ben Gurion was a private in the Jewish Legion.

The Balfour Declaration of November 1917 excited the imagination of many Jewish young men all over the world and led to interest in the formation of special Jewish fighting brigades. In the United States and Canada, the movement to form a Jewish Legion was spearheaded by the Hechalutz Labor Zionist group under the leadership of David Ben Gurion and Itzhak Ben Zvi. Following the lead of the great Zionist leader in London, Vladimir Jabotinsky they believed that volunteer Jewish units, integrated into the British army and employing Jewish national symbols and flags, should join the fight against Turkey for the liberation of Palestine.

The Legion was formed, and it ultimately comprised four battalions: the 39th Battalion of the Royal Fusiliers, with mostly British recruits; the 39th Battalion, mostly with men from Canada, Argentina, and the United States; the 40th Battalion, with men principally from Palestine and the United States; and the 42nd Battalion, which never saw action. In 1918, as part of General Edmund Allenby’s victorious army, they were to drive the Turks out of Palestine after a ruthless rule of 400 years.

Over 10,000 Jews had enlisted in the Jewish Legion under the command of an Irishman, Lt.-Col. John Henry Paterson. They hailed from many countries – Argentina, Australia, England, Ireland, Palestine, Poland, Romania, Russia and the United States. Several hundred of them were young Canadian Jews, some of whom were even under 18 years of age. Since America had not declared war against Turkey, American volunteers to the Legion were to train in Canada. But their government’s regulations worked a hardship on some Canadian recruits, for it was unlawful to enlist unless they were at least 18 and men under 19 could not be sent to an active war front.

Nevertheless, many were so zealous in their desire to help liberate Palestine from the Turks that they lied about their age. In New York, Chicago, Cleveland and several other American cities, recruiting stations were set up under the auspices of the British-Canadian Recruiting Mission with a Major White, a Canadian liaison officer, in charge. Recruitment efforts were launched simultaneously in Canada, and bore fruit in the remote and sparsely populated west . At that very time, David Ben Gurion left New York for Windsor, Nova Scotia, too, in 1915 with his best friend Itzhak Ben Zvi, later to be Israel’s second president. Ben Gurion had come from Palestine to New York to create interest in Hechalutz. Before very long, they were also to be found at the helm of the American efforts to launch the Jewish Legion. When it was formed, they enlisted and by June 1918 they too were on Canadian soil, receiving their basic training as raw recruits at Camp Windsor. Some of the other “rookie” Legion soldiers at Windsor were Dov Joseph of Montreal, a future Israeli cabinet minister, and Joseph and Moses Brainin, sons of Montreal’s former leader Reuben Brainin.

Ben Gurion arrived at Windsor on June 1, 1918, and immediately began writing letters to his wife Paula, in New York, who was expecting their first child. On July 10, 1918, together with the other Legionnaires, Ben Gurion sailed for Plymouth, England, by troopship, en route to the Middle East; he was a full corporal, happy and satisfied, having “learned in Windsor in a short time what it would many months to learn elsewhere.” He had probably even saved some money from his pay of 50 cents a day “in the service of his Majesty the King.” ♦

Top Photo: David Ben-Gurion flanked by the members of his provisional government reading the Declaration of Independence in the Tel Aviv Museum Hall, 14 May 1948. (Government Press Office, Israel.)