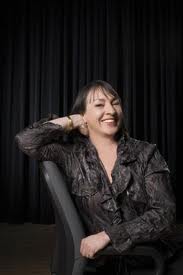 From the Canadian Jewish News, December 2004

What do you get when you put a popular shtetl folk tale into a pot and add some flavourful compositions for full orchestra, rich klezmer sounds, a pinch of Hanukkah seasoning and live narration by Barbara Budd, the Toronto-based actor and co-host of the immensely popular CBC radio show As It Happens?

The result is Bone Button Borscht, a tasty holiday entertainment creatively assembled by Budd for performance in Toronto next week and later in other Canadian cities.

The main ingredient of Bone Button Borscht is the children’s story of the same name written by Toronto author Aubrey Davis and published about a decade ago by Kids Can Press of Toronto. Set in an Eastern European shtetl, the tale revisits the popular legend of a beggar who arrives in a poor village, claiming he can make a delicious soup using only the buttons of his coat. Although he needs one more button, no one will help him at first.

“Gradually, everyone realizes they have something they can offer the stranger, and that if they do reach out their hands in generosity and sharing, then everyone profits,” Budd recounted. “By sharing, the townspeople learn that sometimes the miracle is within every single person.”

Eight years ago, Budd read Bone Button Borscht without music on As It Happens on the first night of Hanukkah, and generated such a huge response among the show’s international audience that the story was brought back the following year.

“People wrote in from Finland and Korea and from all over the United States and Canada, asking, ‘When will that story about Hanukkah be on again?’ It’s so funny because it’s really not a Hanukkah story, people just associate it with the holiday season. It really speaks to the whole story of Hanukkah and Christmas, which is about the belief in miracles and the spirit of community.”

Inspired to set the story to music, Budd spent four or five years in search of a suitable composition and finally discovered Suite for Klezmer Band and Orchestra, by Winnipeg composer Sid Robinovitch.

“When I heard it, it was like a ‘Eureka!’ moment for me,” said Budd, who attained the composer’s permission to rearrange his composition, pulling it apart and “quilting it back together”
to suit the story.

For Budd, who grew up studying music in St. Catharines, studied theatre at York University, and acted with the Stratford Festival for five seasons before joining As It Happens, the experience of creatively assembling the pieces of Bone Button Borscht into a creative whole has been immensely rewarding.

“I was raised an Irish Catholic, and I learned a wonderful Yiddish word from doing this,” she said. “The word is ‘bashert.’ It means things that were meant to go together. It’s a lovely word.”

Tickets for Bone Button Borscht, with Barbara Budd and the Toronto Philharmonia Orchestra, are available at the Toronto Centre for the Arts box office. ♦