From The Toronto Telegram, Tuesday December 23, 1969

◊ Note: this editorial from 50 years ago is notable for several reasons. First, it reminds us that the perennial Western impulse towards “even-handedness” (and being an “honest broker”) is as faulty as the impulse of a parent to treat two sons identically, though one be well-behaved and the other a rascal. Those who long for the Liberal-left conceit of Canada playing the role of an “honest broker” ultimately want simply to “gang up on Israel,” as this editorial noted in the aftermath of the 1967 Arab-Israel war. The Arab world’s lack of accommodation towards Israel — made so abundantly clear in the famous “three No’s” of no recognition, no negotiation, no peace — is still the official policy of the main powers in the Arab world today. — B.G. 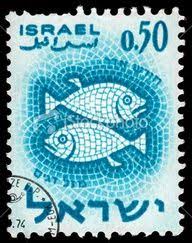 France’s decision to send arms to Libya, the turn of the U.S. toward what it calls even-handed policy, the militant Arab summit conference at Rabat, Morocco — these are ironic signs, at a season when thoughts are on the Holy Land, that Middle East peace is as distant a star as ever.

One can understand the concern of the Government of Israel and the feeling of isolation the developments have induced. Such was the feeling in the days leading up to each of the three Arab-Israel wars, and it confirms the belief of Israelis that their ultimate trust is in themselves alone.

Why France has chosen this time to send arms worth $400 million to Libya, a member of the Arab League, is difficult to explain except in terms of self-aggrandizement at the expense of regional security.

President Pompidou’s recent statements have stressed France’s neutrality in the Middle East struggle. What kind of neutrality is it that denies Israel French Mirage planes, contracted and paid for, and boosts the arsenal of an Arab nation sworn to destroy the Jewish state?

The new American guidelines, stressing even-handedness toward the two sides in the Middle East, would be more convincing if they were matched by Russian attitudes toward the Arabs. 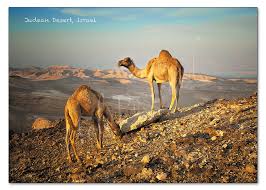 But it is patently prejudicial to Israel’s interest to press her to withdraw from strategic positions acquired in 1967 — in a trial of strength she did not initiate — when Arab parasitism on the Soviet bloc is fostered by Moscow.

This is surely more heavy-handed than even-handed.

The survival of an independent and democratic Israel is no less important to the West than the bolstering of left-wing Arab regimes is to the Soviet Union. That should be the premise on which the U.S. seeks an accommodation with the Russians.

The lack of such a U.S. stance simply encourages the Arabs in their militancy, as is clear from the sessions at Rabat.

President Nasser’s bellicose words are being dismissed — the usual reaction to his speeches — as rhetorical exercises. It is doubtless true that he is weaker at home than he appears and dares neither to talk peace nor to recognize Israel’s existence.

“The power of the U.S., Britain, France and the Soviet Union to control Middle East events would be greater if they were to concentrate on an arrangement for restricting arms supplies to both sides equally and for tackling the human problem of Arab refugees and of Jewish hostages in Arab lands.”

Moreover, the rising popularity of terrorist leader Yassir Arafat has thrust him into a competition for demonstrating anti-Israel antagonism.

But Israel cannot rely on such uncertain interpretations on which to base policy. She must take the Arabs at their word, and the word from Rabat is the same as it was from Khartoum in August, 1967 — no recognition, no negotiation, no peace.

With France and the Soviet Union actively aiding the Arabs and the U.S. following a line that at this stage can only be considered as appeasement of the Arabs, it must strike even the more dovish Israelis that any peace plan emerging from the Big Power talks will be another Munich.

The power of the U.S., Britain, France and the Soviet Union to control Middle East events would be greater if they were to concentrate on an arrangement for restricting arms supplies to both sides equally and for tackling the human problem of Arab refugees and of Jewish hostages in Arab lands.

Without this kind of initiative, the prospects for peace in the Middle East in 1970 are dim indeed. ♦