Can’t See the Forrest for the Trees

Editor’s note: In July 2012 the United Church of Canada is considering a boycott of Israeli goods, a proposal that nine Canadian senators have condemned. This is only further evidence that, when it comes to relations with Israel and the Jews, the Church has had a long and sorry history.

The article below focuses on the Reverend A. C. Forrest, who in the late 1960s and 1970s was the editor of the Church’s large-circulation magazine, The Observer. Forrest, in his book The Unholy Land and in his numerous articles and editorials on the Middle East, championed the Palestinian cause and routinely circulated unfair and outrageous accusations against Israel and the Jews. His article, “How Zionists Manipulate Your News,” published in March 1969, provoked B’nai Brith to launch a libel lawsuit that was later settled out of court. Too bad that, so long after Forrest’s death in 1978, members of the Church feel compelled to keep the antagonism fresh. ◊ 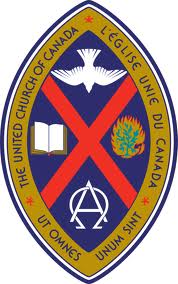 North America’s most outstanding advocate of the Arab cause and critic of Israel is, according to the Secretary General of the Arab League, a Christian clergyman, the Rev. A. C. Forrest.

Interviewed by the Cairo newspaper Al Gomhouria, Secretary General Abdel Khalleck Hassouna answered charges that the Arab information campaign was ineffective by citing the work of a number of Arab information offices throughout the world. The only individual he mentioned, however, was the Rev. Mr. Forrest, of Toronto.

Rev. Mr. Forrest is in a significantly strategic position to influence public opinion. He is editor of the United Church Observer, the official periodical of the United Church of Canada. The United Church, Canada’s largest Protestant denomination, is a 3.5 million-member merger of the nation’s Methodists, Congregationalists and half of its Presbyterians.

With a circulation of 350,000, The Observer is not only one of Canada’s most widely circulated journals, but very possibly the largest religious journal in the world. (By contrast, the Pope’s newspaper, L’Osservatore Romano, has a circulation of 70,000).

In addition to his editorship of The Observer and his writing, for a number of Canada’s secular dailies, the Rev. Mr. Forrest has had his articles reprinted in a number of religious journals in the United States by fellow editors impressed with his claim to be “the last Western journalist in Syria.”

His articles have caused a furor in Canada. The Toronto Telegram reported they had been “roundly condemned in Jewish and Christian communities alike as being pro-Arab, anti-Semitic and dishonest journalism.”

Toronto’s Rabbi Gunther Plaut has charged that under the Rev. Mr. Forrest’s editorship The Observer “has become a virtual adjunct of the Arab propaganda office.”

Rabbi Plaut cited such articles as “Harsh life Under The Israeli Boot,” in which Rev. Mr. Forrest wrote: “In my four years as a prisoner, the Germans never treated me so harshly as the Israelis are treating the Arabs.”

The rabbi also noted Forrest’s comparison of “poor, persecuted Arabs” with “so-called fat jewelry-wearing friends in Miami;” which he charged was “using a cheap stereotype, for which we have a name.”

Rev. Mr. Forrest, although having lived for some time in Beirut, is staunchly defended at home in Toronto. Despite strong criticism from many clergy and laity in his own church, the Board of Directors of his periodical retains him in office.

He also has been defended by the United Church’s ranking official, Dr. Robert McClure, a retired physician who is a United Church of Canada moderator.

A former medical missionary in the Gaza Strip, Dr. McClure recently told an astounded audience of Toronto Jews that “the Rev. Mr. Forrest is reporting what a Canadian gentile would see, and if you don’t like it, that’s too bad.”

The outspoken moderator went on to suggest to his Jewish audience that if they identified with Israel they might well consider going there.

Replied Julius Hayman, national president of the Zionist Organizations of Canada: “I’m a Canadian and no Christian can tell me I’m so deeply attached to Israel that I should go there.” (Subsequent to this heated meeting, Dr. McClure commented “I didn’t realize how seriously relations between Jews and gentiles had deteriorated!”)

Dr. McClure apparently is not pro-Arab himself. He told this writer during an interview that the Big Four Powers should force the Arabs and Israelis into a settlement with a boundary “in which Israel can militarily defend herself — with Israel retaining all of the Golan Heights, the West Bank, and all of Jerusalem and Sinai, from a boundary running 40 miles east of the Suez Canal.”

Moreover, he said “I don’t whitewash the Arabs for their dirty work. I can recall seeing armed men walk through an orange grove near the border of the Gaza Strip — and my host at dinner explained that they were on their way to throw hand grenades in Kibbutzim kitchens.”

While this contrasts sharply with the Rev. Mr. Forrest’s recurrent reports of “frightened and defenseless Arabs,” apparently Dr. McClure believes that his editor should be retained no matter what he writes, because under the pastor-editor “The United Church Observer is the conscience of Protestant Canada.” By contrast, said Dr. McClure, “The Anglicans are renowned for their pussy-footing — we held up horse racing and sports on the Lord’s Day for 20 years!” ♦