Impressive Dedication Ceremonies Yesterday — Scrolls Removed in State to Their Resting Place in the Ark in Magnificent Meeting Place on University Avenue – Many Gentiles Join Their Hebrew Brethren in Scene of Rejoicing. 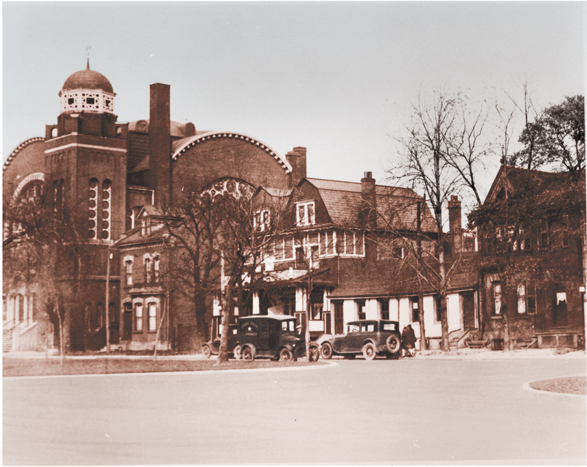 The opening services at the magnificent new Jewish synagogue on University avenue near Queen street were held with becoming impressiveness yesterday afternoon, lasting from 2 o’clock to 6:30. The audience completely filled the building, the men downstairs and the women upstairs.

The fourteen scrolls of the law were taken in hacks by members of the congregation from the old synagogue at the corner of University avenue and Elm street to the new building, and there Mr. S. Weber handed a golden key to Mr. Joseph W. Gurofsky, who opened the door with the words, “Open unto me the door of righteousness, and I will enter and sing the praises of the Lord.” The choir of fourteen voices, led by Cantor Wollman, answered the words by chanting a song of praise.

Mr. Abram Andrews, chairman of the building committee, made a few introductory remarks, and Rabbi Gordon offered a brief prayer. Rabbi Abramovitz of Montreal preached an eloquent sermon in English, a dramatic accompaniment of which being the flashing out of the five hundred electric lights which illuminate the synagogue, at the words as he uttered them, “God said, There shall be light.”

Rabbi Gordon preached a sermon in Hebrew, and Rabbi Weinraub [Weinreb] assisted in the service. Selections by Cantor Wollman and his choir were interspersed. The scrolls were placed in the Ark, and the service was concluded in the customary way by Rabbi Abramovitz with prayer and with the singing of “God Save the King.” 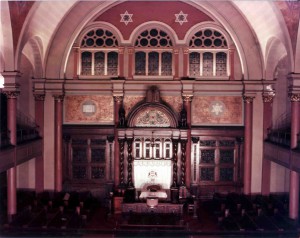 The new synagogue, which seats about two thousand, has been erected at a cost of $65,000. It contains a handsomely carved Ark of the Covenant, costing $2,000. The scrolls are most precious parchments, valued at from $150 to $500 each. Among the numerous costly gifts to the new house of worship were a golden crown for the scrolls, brought by Mrs. I. Cooper from Vienna, Austria, valued at $150; a pair of heavy silver ornaments from Mr. F. D. Benjamin, and another pair from the ladies of the congregation; a silver shield from the Ladies’ Aid Society; a silver shield from Mr. David Gurofsky, in memory of his daughter, Fanny C., and many different vestments used for covering the scrolls, donated by different members. One of the scrolls was given by Mr. E. Pullan. ♦