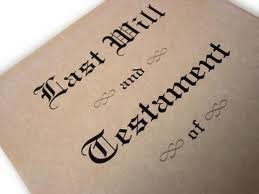 “I give and bequeath all Hebrew books and an encyclopedia to my son, Isaac,” reads a paragraph in the will, made August 11 last. The stores on Queen street are devised equally to the sons Joseph and Leopold. “Failing to agree,” reads the will, “I devise the store and premises 992 Queen west to Joseph, and 994 Queen west to Leopold.” All stock in trade in the said store is devised to the two said sons.

The eighteen houses on Northview terrace are to be sold and the income, paid to: one-sixth to Annie Alpert, a daughter; one-third to Rose Zucherman, and an eighteenth to each of the following grandchildren: Mildred Kreezor, George Kreezor, Raymond Kreezor, Mildred Alpert Savitt, Miriam Alpert, Selina Alpert, Bertram Savitt and Jennie Kreezor.