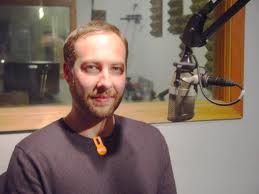 Some years ago, while researching an article for Walrus Magazine on art theft, Joshua Knelman interviewed a convicted art thief in a local restaurant. While providing some quotable patter, the thief threatened to break Knelman’s legs if he used his real name, and handed him some rolled-up items, which proved to be stolen artworks, now bearing Knelman’s own fingerprints. But the Toronto writer survived this brush with danger and found that rogues can also be gentlemen. After his story appeared, the thief phoned to let him know “how much I enjoyed your piece.”

Review of Hot Art: Chasing Thieves and Detectives through the Secret World of Stolen Art, by Joshua Knelman

For some reason probably having to do with Hollywood, the subject of art theft seems sexy, even glamourous, and Knelman soon won a contract for a book. Hot Art: Chasing Thieves and Detectives through the Secret World of Stolen Art (Douglas & McIntyre, 2011), is a colourful, tautly written narrative in the true-crime genre, featuring characters from both sides of the fence: sharp detectives, wealthy collectors, talkative rogues, and art dealers and gallery owners. As Knelman shows, some dealers and gallery owners sit on both sides of the fence — simultaneously fencing stolen goods while fencing off suggestions of their complicity in the highly profitable black market. 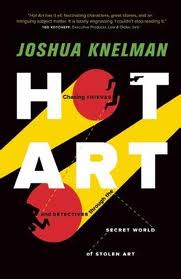 Hot Art opens with a CSI-type investigation of a burglary in a Los Angeles gallery, conducted by LAPD Detective Donald Hrycyk, one of only a handful of police specialists in stolen art in the world. Another chapter introduces us to Richard Ellis, the detective who started Scotland Yard’s Art and Antiques Squad, who has helped to recover Edvard Munch’s The Scream and works by Vermeer, Goya, Rubens and other high-profile artists. Here the narrative veers deliciously into ransoms, raids and other cops-and-robbers-type high-jinx. Knelman also interviewed Special Agent Robert K. Wittman, senior art investigator for the FBI, as well as Alain Lacoursiere, a dedicated stolen-art detective in Montreal.

Although Toronto doesn’t have a dedicated police pro, the city may claim lawyer Bonnie Czegledi as its own; Czegledi is a leading international authority in stolen art and a key source for Knelman. After years in the art world, she is still amazed when lawyers ask her advice on how to sell a valuable antique tapestry that had been stolen during World War II. “You shouldn’t be selling a piece of art if it’s been stolen! And you don’t need to be a lawyer to understand that,” she tells Knelman after receiving such a call. But she long ago realized that the lawyer’s attitude is typical and that it is her own that is deviant.

Paul, the brash British career-thief and “Brighton knocker” who steals much of the limelight in Knelman’s narrative, seems to understand this attitude better than anyone. “I’d go as far as to say that the term ‘honest antique dealer’ is an oxymoron,” he comments. “No one cares about selling stolen art as long as you’re smart about it. It’s not even considered criminal. It’s more as if it’s naughty behaviour. You know . . . wink, wink. It’s the norm.”

Paul apprenticed by knocking on doors in the seaside retirement community of Brighton, England, offering to buy antiques from residents while secretly casing their premises for valuables to loot. Eventually he knocked on doors across England and had teams of thieves working for him. He disposed of the merchandise in antique markets, usually for 10 per cent of its presumed value.

To what did he attribute his largely successful career? For one thing, he never attempted to do the burgling himself, realizing after one early bungled attempt that he was terribly clumsy at it. “I’m so sorry to disturb you,” he had told the couple he had awakened in the middle of the night. “You have my word that I will never break into another house again in my life.” He supposedly kept his promise.

Paul “kept below the radar,” never pulling spectacular heists, never keeping stolen goods in his possession for long, and never going after what he called “headache art” — high-profile works with equally high price-tags that would be impossible to fence. “I became very good at a bad thing,” he told Knelman. “Actually, I became ruthless. Margaret Thatcher had swept to power in Britain in 1979, her Conservative Party preaching an aggressive brand of capitalism. These were the eighties. It was a decade of excess, and I was a pure, cutthroat capitalist.”

In a chapter titled “Headache Art,” Knelman recounts the tale of a 1981 theft of ten paintings from a major London gallery, including a small Rembrandt then worth more than $20 million. Another chapter is devoted to the looting of the National Museum of Iraq in Baghdad after the second U.S. invasion, and the largely futile attempts of a U.S. military investigator, Matthew Bogdanos, to recover the scattered antiquities. At the international level, as at the domestic level, there is a pathetic lack of official attention paid to the problem of the black market in stolen art and its links to organized crime.

Knelman describes several noble attempts to create a comprehensive catalogue of stolen art, most notably the Art Loss Register, which allows dealers to research works of unknown provenance being offered to them at bargain-basement prices. Understandably, many dealers prefer not to do so. As art prices continue to soar, some estimate stolen art as a $4-to-$6-billion industry globally. It may be much higher: no one knows for sure.

Although Hot Art lacks a neat conclusion and seems to repeat itself towards the end, it is still, for most of its length, an enjoyable and compelling page-turner in the best true-crime tradition.

Matti Friedman’s The Aleppo Codex: A True Story of Obsession, Faith, and the Pursuit of an Ancient Book is a true-life detective story that provides a new theory as to how the 10th-century Codex, a sacred Hebrew Bible, was spirited from a grotto in Aleppo, Syria in 1940 to its new home in Israel’s National Museum in Jerusalem, losing some pages enroute.

Upon first encountering the Codex in 2008, Friedman, a staff reporter of the Associated Press in Jerusalem, resolved to uncover its secret journey. He found that official accounts of the Codex seemed “oddly blurred and contradictory” and that when he asked pointed questions, many doors were closed in his face. That made him even more determined to delve into the “real-life mystery with clues still hiding in forgotten crates of documents and in aging minds.” Friedman’s book is being published this month by Algonquin Books of Chapel Hill. ♦