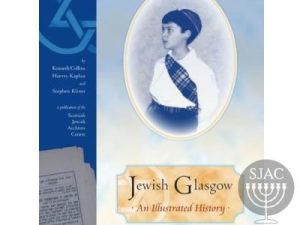 Jews have been in Scotland for a little more than three centuries, but in Glasgow for just about two centuries, and the Jewish community in that largest of Scottish cities has never exceed two per cent of the urban population. However, the Jews have made “extensive” contributions to the professional and cultural life of the city, and they share with their fellow Glaswegians “a strong belief in education, a reverence for the Hebrew Bible, and the struggle to maintain distinctiveness in a sometimes unfriendly world,” write authors Collins, Kaplan and Kliner.

Isaac Cohen, the first known Jew to settle in Glasgow, arrived in 1812 and is credited with the introduction of the top hat to the dwellers therein. From the 1860s onwards, the city became an increasingly active transfer point for Jewish immigrants making their way from Europe and Russia to America, a trend that accelerated in the 1890s. There were only about 2,000 Jews in Glasgow in 1891, but the number rose to about 7,000 by the 1901 and end of the Victorian age.

It’s estimated that more than 150,000 Jews passed through Scotland between 1891 and the First World War, the authors relate, and by 1914 there were about 12,000 Jews in Glasgow and another 1,500 in Edinburgh, with smaller Jewries arising in Dundee, Aberdeen, Greenock, Ayr, Falkirk, Inverness and Dunfermline. By the outbreak of the Second World War in 1939, the Jewish community peaked at about 13,500 and was mostly centred in the old rundown district known as the Gorbals. 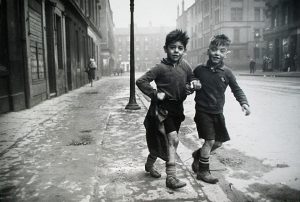 “Jewish travellers began crossing Scotland in significant number and many decided to end their journey in Scotland, joining family and friends already settled there,” the authors write. “Travelling conditions could be difficult with migrants passing through Leith sometimes unfit for onward travel. Some sick travellers had to remain in Glasgow until they were able to meet American health requirements which became stricter around the turn of the twentieth century.”

This book was obviously a labour of love for the trio who assembled it. Historic photographs burst forth from almost every page and there are several good maps. There are also innumerable quoted passages from Chaim Bermant and other celebrated and less celebrated local writers who have written on aspects of the Jewish world that once thrived in the Gorbals and other districts of the city; the Jewish community has been in slow but steady decline for the past half-century at least.

There is hardly an aspect of Glasgow’s Jewish community that this beautifully designed, full-colour book does not cover, from the immigrant aid societies to the health and welfare bodies, from the educational institutions to the literary and cultural life, which includes a profusion of Jewish visual artists.

Collins, who is chair of the Scottish Jewish Archives Centre, is a past president of the Glasgow Jewish Representative Council, as is Kliner; the former practiced medicine and the latter law, each for more than 30 years. Collins wrote the narrative while Kliner originated the concept and took charge of project management. Kaplan, who is director and co-founder of the Scottish Jewish Archives, oversaw research for the project. All deserve recognition for a superbly rendered and highly attractive volume that stands as a model for how such books should be done. ♦