Large Meeting Addressed by Candidate and other Speakers

Note: Party politics evidently entered into municipal affairs in Toronto of a century ago. This article describes a rousing meeting held in support of Liberal Alderman Alfred Maguire at the Lyric Yiddish Theatre in 1911; Maguire would serve as Toronto’s Mayor in 1922 and 1923. ◊ 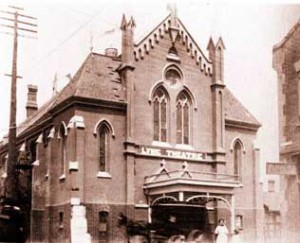 A meeting of Centre Toronto electors thronged the Lyric Theatre last night and overflowed on to the stage and behind the scenes to hear Alderman Alfred Maguire, the Liberal candidate.

Mr. Maguire had a rousing reception. He answered the charges brought against him by Mr. Bristol, his opponent. He said that he had done all he could for the Jews in the district, but pointed out that it was his duty to do so, as he was their municipal representative.

“We are not claiming to be the only loyalists in Canada,” said the speaker, “but I say that we do not have to go to the Conservative party for our loyalty. Labour and agriculture, the mainstays of our country, support the pact.”

Mr. Moses Gelber, a resident in Canada for seventeen years, voiced the opinion of the audience when he said that the Jewish race was as loyal as the Conservative party, and would be the first to help the Empire in time of need.

Referring to reciprocity, he said: “It has been stated that if we trade with the [United] States we shall lose our nationality. Is that so? If I sell goods to my Gentile friends, do I forfeit my religion — has our race lost anything by doing such business?” 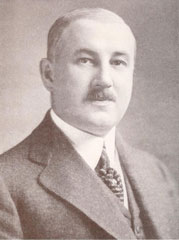 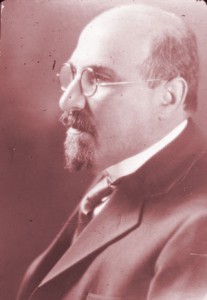 Mr. Frisco, representing union labour, said that the Liberals had always been their friends, and that they should stick to that party. Dr. Johnston and Mr. To Vance also spoke, and Mr. Jadine spoke to the Italians present in their native tongue.

Addressing the audience in Yiddish, Mr. S. Goldenburg said that Mr. Jacob Cohen’s address printed in The News in Yiddish was absolutely misleading.

The chairman, Mr. A. Sher, spoke of the way in which the Conservatives had libeled the constituency. The Telegram had said that if Mr. Maguire got in it would be through bought Jewish votes.

“Are we so degraded,” he said, “that we must have this cast at us?” I may say that the Jewish Liberals would not stoop to barter their votes. Mr. Maguire has always been our friend. He does not try to befriend us at election times only, giving us ice cream and sandwiches, as Mr. Bristol did at the Zion Club the other night, and afterwards try to scare us into voting for him. He would not stoop to such a thing.”