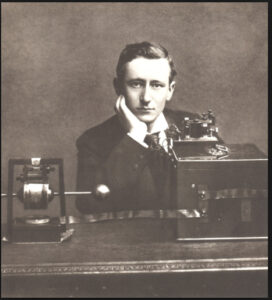 Although associated primarily with the development of radio and shortwave radio, Marconi foresaw the existence of television, fax machines, GPS, radar, and the portable hand-held telephone. “A century before the internet, Marconi was living in  a wireless global village of his own creation,” Raboy writes. “Before the dawn of the twentieth century, Marconi envisioned a world without communication borders, and set out to create it using all the tools he could muster.”

While previous accounts of Marconi’s life have been largely hagiographic and worshipful in style, Raboy is the first biographer to bring this larger-than-life legend down to earth and paint his many flaws alongside the grand achievements, in both the scientific and the corporate realms, that brought him fame and fortune.

Because Marconi’s career was diffused among many countries, cultures and languages including his native Italy, Britain, the United States as well as outposts from Melbourne to St. Petersburg, few researchers have been diligent enough until now to track down the myriad details from the four corners of the globe.

As Raboy shows us, Marconi was a rover — geographically as well as romantically — not stopping long enough in any one place for others to get a solid fix on him, not even Benito Mussolini’s secret police. “There has been no satisfying biography of Marconi because he was ceaselessly self-inventing and reinventing, his life a maddeningly elusive moving target with neither neatness nor coherent structure.” 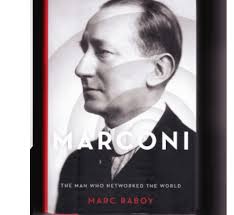 For the first time, Raboy’s book exposes Marconi’s “uncanny relationship with fascism” and Italy’s fascist dictator Mussolini during the 1920s and 1930s when the world was gearing up for war. Regarded as a cultural hero of the highest order, Marconi was inducted by “Il Duce” to serve as an international goodwill ambassador, a role he seemed to enjoy, especially since it gave him free tickets to many other international destinations such as the Chicago World’s Fair.

Previous biographers have not explored this aspect of the inventor’s character, and “Marconi himself sugar-coated it with charm and guile,” Raboy writes. “Cultivating an air of naïve political neutrality, he was anything but naive or neutral.” More tellingly, Raboy shows how Marconi callously rebuffed Jewish scientists in Germany in the 1930s who anxiously approached him for possible employment in his company in Britain.

But Marconi was not just indifferent or unsympathetic to the plight of Jewish refugees in prewar Europe; he also seemed tone-deaf to Nazi race laws and sterilization policies, which the Vatican condemned as being repugnant to all of humanity.

As Mussolini’s goodwill ambassador, Marconi gave greetings to Hans Frank, a leading Nazi propagandist, after a speech in which Frank spoke openly of those repugnant Nazi policies. Marconi warmly praised him and called for closer ties between “Hitler’s Germany and Mussolini’s Italy.”

Raboy is apparently the first biographer to cast Marconi’s conduct in such telling situations under the cold, harsh light of judgement. “Marconi’s public acceptance and the courtesy he displayed toward Hans Frank was more than an unfortunate obligation demanded by protocol,” he writes. “It was more than a desire not to rock the boat. Marconi provided a prestigious platform for one of the most unapologetic spokesmen for the Nazi regime’s most offensive features.

“He did it without showing any sign, privately or publicly, that anything was wrong — not even a sign of discomfort. And he used the occasion to call for closer ties with the Nazi regime. If not quite a heartfelt endorsement, it was certainly more than a passive gesture.”

Marconi: The Man Who Networked the World was a runner-up in the 2017 RBC Taylor Nonfiction prize. Extensively researched and finely written, it is an impressive master work. ♦

The Dictator, by David Layton 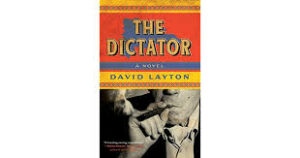 Speaking of dictators, David Layton returns with a new novel that explores the most common sort of dictator — the man who once sat at the head of the old-fashioned dinner table. The story focuses on an estranged father and son who are forced together under the same roof. Karl, the father and a Holocaust refugee, is losing his grip on reality; Aaron, the son, discovers a secret past that he had never fully understood involving his father’s secret first family in the Dominican Republic.

Karl, whose overbearingness seems defined by his noxious cigar, is not the only dictator in the book. There are the political kind as well: Dominican dictator Rafael Tujillo who sets up a colony of Jewish refugees on the island; and of course the singularly tyrannical Fuhrer whose barbaric regime Karl is fleeing from in the first place. Ironically, while Aaron can’t shake his feeling that his father is a petty tyrant, his daughter falls in league with Karl against Aaron, whom she regards in similar terms.

The chapters switches seamlessly and credibly between the points of view of Aaron and Karl, whose failing mind and memory lead him inevitably back into his past; secrets are spilled as a result. The story seems well told and moves well; dysfunctionalism, after all, usually gives rise to conflict which is the fuel of drama.

Layton is the author of a previous novel, The Bird Factory, and a memoir, Motion Sickness, which has been described as a “Daddy Dearest tell-all” about his father, the late Montreal poet Irving Layton and his wife Aviva. Overpowering patriarchal figures are clearly a central theme in his work, and here he handles the subject with sensitivity, humour and a certain grace. ♦