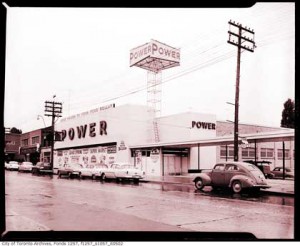 If you’re a baby boomer, or more accurately, a Jewish Toronto baby boomer, undoubtedly you have fond memories of a time and place that lives only in our dreams. Let me take you back to where I’m constantly accused of living … in the past. If anything, it was cheaper.

For myself in the 1950s and 1960s, going out to eat was as rare as the proverbial blue moon, as seldom as a Leafs cup victory. When it happened, it was a time to cherish. If you lived in the north (that being Eglinton and above), you definitely had your share of gastronomic hangouts.

Around the area where the Spadina Expressway meets Eglinton was a lovely little place called The Menorah. It met its demise when the Spadina Expressway pushed its way through. You could get a full-course meal for two bucks and change … that was soup, main course, dessert. As for kishke, there was none finer … okay, maybe the kishka a la tony at the Noshery.

If you continued your journey along Eglinton Avenue West, you’d eventually find Moe’s and Joe’s delicatessen. The “Moe” of that establishment was my uncle. No bias here but he made the best corned beef sandwiches in the city at the inflated price of forty cents per. Within walking distance of J & M was Bagel King. My parents and the parents of my friends all had a yearning for the strawberry shortcake, garnished with berries that looked as if they were on steroids. More often than not, you’d have to order one in advance. If you waited until your craving hit, you very likely would be out of luck.

The Eglinton Avenue strip was definitely my “home away from home” in the 1950s and 1960s. You had groceries, a bakery and a movie theatre all within about a block of one another. My father would do his weekly shopping at the Power store where not only did you get your groceries but also those infamous “Gold Bond” stamps. It was my job to paste the stamps in the book each week and dream about what I’d get when it was time to redeem them.

Bakery-wise was the Health Bread Bakery, a stone’s throw from the Power store. For those of us who weren’t in geographic proximity to the College Street store, this was the place to be for baked goodies. I remember always asking for a gingerbread man, not that I liked gingerbread but my passion was for the sugar-coated face on the top. If they weren’t available, there were cookies, my favourite being a shortbread type with pink colouring. The chocolate roll was also in the top ten. I suppose it was in my best interest that my dentist was also located on Eglinton! 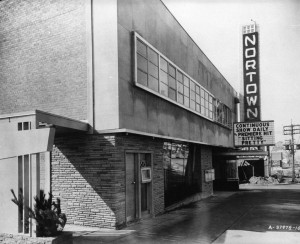 Once we’d had enough to eat, we would catch the latest flick at the Nortown Theatre, twenty-five cents for kid’s admission and if the munchies hit, you could get a box of popcorn with the clown’s face for a dime. After the movie, there was the Town Restaurant where I first enjoyed that fine delicacy, french fries with gravy. Oh, for those days when we didn’t even know (or care) what a calorie was!

Having completed our tour of the north end, let’s make our way downtown where many of you spent your childhood. Along Spadina, we would come across the original United Bakers Dairy Restaurant. Yes, it’s still alive in the Lawrence Plaza, the plaza that everyone said would fold up after Yorkdale opened. However, the old UB had an atmosphere of “the boys” from the shmattah factories. When that was combined with cheese blintzes and a side of sour cream, it was something that was lost after the move.

We had our choice of delis on Spadina — Shopsy’s or Switzer’s. Shopsy’s made a great hot dog, not to be outdone anywhere, that yummy poppy seed bun with all the compulsory toppings. For corned beef, pastrami and the rest of the deli meats, it was a toss-up as to which one of the “S” restaurants made the better sandwich. I’ll leave it to my readers to decide on the winner. Of course, before leaving either or both establishments, you had to pick up a Chicago 58 vursht, either for vursht and eggs or to grill until it was burnt. Please note, doing it in the microwave doesn’t count. Now that was haute cuisine!

If you had your fill of deli and were in the market for something less ethnic, you could definitely get a minyan at Bassel’s at Yonge and Gerrard. Known for its breaded veal cutlet, it was the place for Sunday dinner. Dessert was either Boston Cream Pie (my favourite) or rice pudding (for my parents) and change from a five dollar bill.

I’m making myself sad as I write this but on the other hand, I feel a sense of happiness in being able to share these memories with you and almost hearing the sighs of “Oh yeah” as we “stroll” from one lost-but-not-forgotten Toronto landmark to the next.

It was a great time, a simpler time, a very special time.

If you weren’t brought up in the city during this era, this gives you an idea of what you missed. If there are any of you whose favourite place I didn’t mention, I apologize. However, I now have the privilege of being able to say, “I’m sixty,” which now grants me automatic forgiveness for my memory shortcomings.

To my fellow baby boomers and baby boomers at heart, I dedicate this article. I hope that at least a few of you can say “Yes, I remember.” ♦