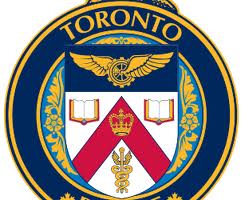 Jim Noble, who rose from beat cop to deputy chief during a 37-year career on the Toronto police force, died recently in Toronto. He was 78 years old.

Noble’s career was marked by an almost continuous advancement through the ranks. As a divisional detective, he worked on a gamut of crimes that included “housebreaking, frauds, sex offenses, robberies — a little bit of everything,” he once said.

Later promoted to the homicide squad, he investigated more than 100 murders. He was known for his painstaking legwork, his meticulous attention to detail and his uncanny ability to weave an assortment of disparate clues into what he once called “a nice rope of circumstantial evidence.”

He eventually headed the homicide squad, where less experienced detectives like Julian Fantino, the current police chief, worked under his command.

“He was one of the most highly respected homicide investigators that the Toronto Police Service ever had,” Fantino said. “I always found him to be of impeccable integrity and a man of very strong character and loyalty to the profession.”

“He was one of the guys that knew all the answers,” said Walter Tyrrell, a retired deputy chief who also once worked in homicide under Noble’s command. “If you needed advice, Jim was the guy you would go to.”

Besides homicide investigation, he was an expert on deportation and extradition and lectured on those subjects at police colleges.

An outspoken critic of what he saw as an overly-liberal legal system that put the rights of criminals above those of law-abiding citizens, he once penned an article titled “The Pampered Criminal.” Convinced that the immigration department was equally soft on criminals, he helped bring the issue to national attention and spurred the government into tightening up the process by which criminals are deported.

“He was really upset with the system,” said his former partner, Jack Foster, a retired staff sergeant from the detective branch. “He felt they were too soft on immigrants. We’d go to all the trouble of a deportation hearing, they’d escort a guy over to the United States, and within an hour he’d be back on our side again.”

Born in Whiteabbey, near Belfast, North Ireland, in 1924, James Melvyn Noble came to Canada with his family at the age of four and grew up in a working-class neighbourhood on Toronto’s Shaw Street. After grade 12 he entered the Royal Canadian Air Force and earned his pilot’s wings, but, to his immense disappointment, he never served overseas.

Leaving the RCAF in 1946, he began looking for “something with a little bit of action, a little bit of excitement,” he later explained. When his father, a carpenter, suggested that he apply for a position with the police department, the 22-year-old laughed — hard — but agreed to talk to a friend of his father’s who was a police inspector. After two lengthy discussions, Noble was ready to “give it a try.”

For six months he pounded a beat in a police uniform. Then, paired with a partner in a patrol car, he worked a graveyard shift and became familiar with the “usual cases — fights on the streets, drunks, domestics, robberies.” Often, after an overnight shift, he would be obliged to make an appearance in court the next day.

Promoted to detective in 1957 and to the homicide squad in 1961, he once explained that he’d watch for certain telltale signs in an accused upon introducing himself as a police detective . . . “a darting of the eyes, the mouth becomes dry and there’s a wetting of the lips, a throbbing of the artery in the neck. The person gets pale, he’s trembling.”

He was often amazed at how readily criminals, once collared, will confess their misdeeds. “There’s almost a compulsion of people to confess, especially in murder cases,” he once said. “It makes them feel that they have salved their conscience to some degree by telling about it.”

In one of many infamous cases that he handled, Noble solved the murder of an 89-year-old female doctor, Rowena Hume, who was viciously beaten to death by a Salvation Army derelict whom she had hired to do a few odd jobs. Two days after the murder, having followed a series of clues, Noble nabbed the suspect on a downtown street; the man blurted out a confession almost instantly.

He was also part of the investigation involving the notorious Evelyn Dick of Hamilton.

Foster, who was paired with Noble for about eight years, recalled that though he took his job very seriously, he also “had a good sense of humour — he enjoyed a good laugh.”

On one occasion, after a painstaking, six-month investigation into a complex case of insurance fraud, the duo were finally ready to collar the perpetrator, a well-known socialite named Irene.

“I remember Jim and me driving up Yonge Street to make the final arrest, and he was singing, ‘Good-night, Irene,'” Foster recalled. Irene, needless to say, was convicted.

For all of Noble’s acumen as an investigator, however, not all of his professional faculties were in operation the day he and Foster visited a Yonge Street ladies’ wear shop to check into a routine fraud. Getting back into the patrol car, Noble commented on how attractive he had found the store manager and that he wished he could get to know her better.

“But she’s probably married,” he said.

“Jim, what kind of detective are you?” said his partner, Jack Foster. “Didn’t you notice that she’s got no wedding ring on her finger?”

Foster insisted that Noble, then 35, make a required follow-up call on his own. He did, and he and the store manager, Barb, were married in 1961.

Although he could play rough when the situation demanded, Noble was known as an impeccable gentleman and a guardian of old-fashioned standards and family values. He once upbraided members of a biker gang for using profanity in the presence of their girlfriends; the biker girls explained they weren’t typical ladies but seemed touched by his courtesy all the same.

According to his daughter, Elaine Noble Tames, he rarely spoke about his professional life at home. “Being in a house with two ladies, the typical gentleman side of him would say, ‘That’s not the sort of thing to discuss with your wife and daughter,'” she said.

Noble was the subject of a cover story in Toronto Life magazine in 1972 that used him as a prism through which to view the entire police force. The article described him as “gentle, thoughtful and courteous,” and noted that, except in target practice, he had never fired the snubnosed Smith and Wesson .38 revolver that he wore on his right hip.

American authors Bruce Henderson and Sam Summerlin devoted a chapter to him in their 1976 book The Super Sleuths, and described him as “one of the most highly respected operatives in the history of Canadian justice.”

“He was the embodiment of professionalism in everything he did, and that was the standard to which he held other people,” Chief Fantino said.