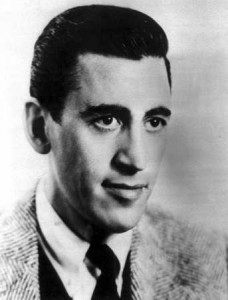 Not having published a thing in almost half a century apparently hasn’t diminished the fame of America’s most reclusive writer. J. D. Salinger died in January at the age of 91, prompting some hopeful observers to wonder whether he left a vault full of manuscripts to be published posthumously.

Born in New York in 1919 to a Jewish father and Scotch-Irish Catholic mother, Salinger began publishing stories in magazines in 1940. He produced about 30 pieces for “the slicks” – Colliers, Saturday Evening Post, Good Housekeeping, et al — but refused to have these early works collected and republished, taking legal action when a pirated edition appeared in 1974. In 1946 he began a long and almost exclusive association with The New Yorker that would continue until his last story appeared there in 1965. These were the “quality” stories, many of which made it into his definitive collection, Nine Stories (1953).

By then, Salinger was already a household name, his one and only novel — Catcher In The Rye — having catapulted to bestsellerdom immediately upon its publication in 1951. Even today, the name of its adolescent protagonist, Holden Caulfield, still represents the archetypal young anti-hero, full of teenage angst as he battles social pretension wherever he sees it.

Several of the pieces in Nine Stories, including “A Perfect Day for Bananafish,” “Uncle Wiggily in Connecticut,” and “For Esme With Love and Squalor,” mirror the notion at the heart of Catcher that the adult world is a place of perfidious falseness that infects young people like a contagion. In the Salinger world-view, children are sweet and innocent but inevitably become corrupted once they grow up.

In some of the stories and in his two final books — Franny and Zooey (1961) and Raise High the Roof Beam, Carpenters, and Seymour: An Introduction (1963), both consisting of a short story and a novella — Salinger became increasingly preoccupied with the Glass family. The tragic Seymour, Buddy, Boo-Boo, Franny, Zooey and other children of former vaudevillian parents Les and Bess Glass were his central characters.

Following Seymour into show business as principles in the long-running hit radio show “It’s A Wise Child,” these children become precocious, witty, ultra-sensitive and spiritually enhanced adults who must still confront the conundrum of remaining pure in a patently false world. For Seymour, the solution is a self-inflicted bullet to the temple, administered without overt warning at the end of “Bananafish.” Although Seymour’s ghostly shadow haunts the younger Glass siblings , he remains their eternal guide and mentor. It is he who introduces them to Zen Buddhism and to the anonymous “fat lady” who, in their imagination, sits on a porch on sweaty summer afternoons, swatting flies and listening to “It’s A Wise Child” on the radio. Buddy had always shined his shoes before going on the radio show because Seymour had told him to “do it for the fat lady.”

Despite his relatively sparse output, Salinger became as popular as Hemingway or Fitzgerald had been a generation earlier. But unlike these iconic literary figures, he refused to play the role of a celebrated American writer; refused to live a fishbowl existence to satisfy the reading public’s craving for information. Instead, he hid with his family in a rural house in the village of Cornish, New Hampshire.

In Cornish, America’s most famous literary recluse was anything but a hermit. Conducting himself like an ordinary citizen, he played bridge with neighbours, attended monthly church suppers, frequented the local diner and general store. Protective of his privacy, the local townsfolk sometimes sent inquisitive reporters and fans “on a little goose chase,” Mike Ackerman, proprietor of the Cornish General Store, told the Boston Globe.

Despite these precautions, salacious stories and even papparazzi photographs occasionally appeared about Salinger. While he cleverly managed to elude reporters after his house caught fire in 1992, he was less successful with two friends, each coincidentally a Canadian or former Canadian, responsible for publicizing details about his private life.

In 1972, after Yale freshman Joyce Maynard wrote a cover story for The New York Times Magazine about life in the Sixties, Salinger wrote to her and struck up a relationship with her that, 25 years later, she described in her book, At Home In The World. And E. Michael Mitchell, a Toronto-born artist who designed a cover for Catcher (one of the few instances where Salinger allowed artwork of any sort to grace the covers of his books) maintained a long friendship and correspondence with Salinger. Mitchell died last year but not before parting with some of the letters, 11 of which are now the property of Manhattan’s Morgan Library and Museum. According to a news report, the Library — “out of an abundance of caution” — kept the letters a secret while Salinger was alive, but is presently preparing an exhibition.

Are literary executors now poring over a trove of first-rate, unpublished Salinger stories? Somehow I doubt it. Salinger’s last-published works seemed to veer dangerously close to modern deconstructionism. Most apparent in “Seymour: An Introduction” is the author’s increasing intrusion as narrator, talking directly to the reader, distancing us from plot, action and character with a series of rambling asides and sometimes-cloying devices. The tendency is even more pronounced in Salinger’s last published New Yorker piece, “Hapworth 16, 1924,” an overly long, ruminative story about the Glass family that may be his most difficult work of all. Salinger may have wisely decided to keep his legacy sparse so it would always shine as brilliantly as glass. ♦