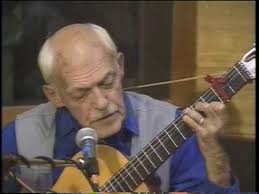 Wade Hemsworth, who was a career draftsman for the Canadian National Railway, once explained, “I build bridges with a slide rule and paper and pencil.”

But after office hours, he crafted brilliant folk songs about life in the Canadian north that will likely prove as durable as any bridge he ever designed.
Celebrated for the quality rather than the quantity of his musical output, Hemsworth died recently in Montreal at the age of 85, leaving a legacy of 16 songs. Fifteen were published bilingually in a 1990 book, The Songs of Wade Hemsworth, and most were included in a 1995 compact disc of his own material that he recorded at nearly 80 years of age.

Several of his tunes, including The Log Driver’s Waltz, have been immortalized in films by the National Film Board of Canada. Some, like The Blackfly Song, are sung in schools, song circles and around northern campfires, and are sometimes mistaken for traditional folk songs that have been handed down for generations. 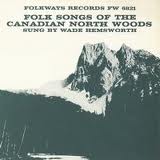 “All of his songs were very distinct and as carefully worked as any sonata,” said the songwriter’s friend, Peter Weldon. “He was clearly the forerunner of people like Gordon Lightfoot and Bruce Cockburn. Listening to some of his songs is kind of like looking at a Tom Thomson painting — they’re that real and that strong.”

NFB filmmaker John Weldon (a cousin of Peter Weldon’s) made the three-minute animated film The Log Driver’s Waltz in 1979; it features Kate and Anna McGarrigle’s memorable rendition of the title song. Because the film has been shown repeatedly on television, Weldon speculates that The Log Driver’s Waltz may be the Hemsworth song most familiar to Canadians.

“It’s the one that everyone recognizes,” he said. “The film is catchy and it bears infinite repetition, and the TV stations don’t seem to mind if people have seen it before because it’s not something that wears out easily. I think Wade’s more responsible for that than I am.”

Born in Brantford, Ont., in 1916, Albert Wade Hemsworth played tenor banjo and four-string guitar in a series of pop bands in his teens and twenties. He studied at the Ontario College of Art in Toronto and spent most of the war years with the RCAF in Newfoundland, where he learned traditional folk tunes from the locals.

After the war, he joined several hydro survey crews that journeyed variously into the country north of Lake Superior, northern Quebec and Labrador, usually for months at a stretch.

“The bush made a deep impression on him, and when he came back he wrote songs that are mostly about the wilderness,” said his friend, Dane Lanken, the husband of Anna McGarrigle. “I don’t think that anyone has captured the wilderness in such depth.”

Hemsworth moved to Montreal in the early 1950s and began working for CNR by day and writing songs like The Wild Goose, The Blackfly Song and Foolish You in the evenings. He recorded a few of them on a folk record he made for Folkways Records in 1955. 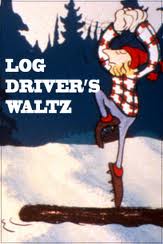 In 1957, he turned out several songs for an NFB documentary on logging, and later composed for several other NFB projects. For a film on seaweed, he wrote My Mother is the Ocean Sea in the unusual and difficult 5/4 time signature because, he once explained, “the rhythm of it seems to suggest something of the sea.” The Blackfly Song became the basis of another popular NFB cartoon, directed by Chris Hinton; it was nominated for an Academy Award in 1995.

One Hemsworth song, The Story of the I’m Alone, recounted the true story of a Nova Scotian rum-running ship sunk by the US coast guard. Its Caribbean-inflected rhythms reflected Hemsworth’s reverence for calypso music. Those who have read newspaper accounts of the incident praise the economy by which he managed to include every relevant detail into the song.

Enmeshed in Montreal’s folk scene of the 1960s, Hemsworth played at major folk festivals across Canada, but his live performances were infrequent. His guitar style was unusual, according to Peter Weldon. “He was very influenced by calypso, but he didn’t play the guitar the way they did. He almost used the technique of a classical guitarist, playing all over the neck. I don’t know anybody who played like him.”

Friends said he was also a great dancer, which is perhaps not surprising for the author of a beloved tune about a log driver whose lightness and agility on the dance floor pleases a girl “from her head to her toes.” 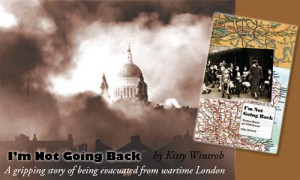 In his earliest song, The Wild Goose, he described leaving the forest for the last time as the geese are migrating overhead; the song is a metaphor of death, he said.

At the last portage, when I’ll pack no more
Let me fly with the wild goose high over north shore.

Wade Hemsworth lived in Morin Heights, a town north of Montreal. He was predeceased by his wife, Irene Heywood, in 1989, and is survived by his second wife, Shirley Singer. He also leaves a sister, Cherry Taylor of Calgary, and a sister-in-law, Norma Hemsworth of Brantford. ♦