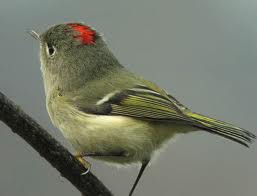 J. Murray Speirs was six when he spotted the colourful ruby-crowned kinglet that sparked his lifelong interest in birds, and when at 15 he turned in earnest to the study of nature and especially birds, he began to fill a little black notebook with meticulous notes of every bird he saw. He kept up the practice — recording species, location, habitat, estimated count and other details of each sighting in an expanding series of notebooks — for the next 75 years, almost until his death last month in Pickering, Ontario at the age of 92.

A long-time professor of zoology at the University of Toronto, Dr. Speirs studied the lamprey eel in the Great Lakes and the effects of DDT in our northern forests. He wrote many scholarly articles on birds, as well as the two-volume Birds of Ontario County and other ornithological and nature guides. But for many who knew him, his greatest legacy was his infectious reverence for the ecology of the forest and his ability to convey a deep sense of its interconnectedness. “He was a mentor to a whole generation of bird-watchers coming up behind him,” said his niece, Dr. Rosemary Speirs, a writer and director of the Federation of Ontario Naturalists, one of numerous nature organizations that her uncle helped to found.

When Dr. Speirs began birdwatching, it was common practice for birders to capture and kill birds, as a bird-skin was considered the best verification of a rare sighting. “My uncle didn’t believe in that,” Rosemary said. “He was an early conservationist.”

Last autumn, Governor General Adrienne Clarkson visited Dr. Speirs at his home in Pickering and presented him with the Order of Canada. The citation noted his generosity, both in sharing his passion for ornithology with amateurs and professionals alike, and in giving a large tract of woodland property behind his home to the Metropolitan Toronto Conservation Authority to be preserved as part of the Altona Forest.

Until walking became difficult for him after a fall two winters ago, Dr. Speirs went on outings almost daily. He was a tall man who wore a trademark blue beret and long coat, and was often seen bent over a large telescope. He was a familiar figure to scores of nature lovers who would encounter him in the Altona Forest or along the Lake Ontario shoreline. “He had a great following in the Pickering area because he was out practically every day until he was 90,” said Dr. Bruce Falls, a retired zoology professor who was his friend for 60 years.

“He appreciated everything, it didn’t matter if it was rare or not,” said his granddaughter, nature artist Margaret Wilson, who accompanied him on his outings in the last decade. Among his last sightings were a Heermann’s Gull, normally found in California, and an American Avocet — “a beautiful shorebird that he spotted in a marsh near Ajax. He climbed a bit of a hill to see it, because he was always eager to find out what was out there. That was probably the last time he was there.”

When walking in nature, Dr. Speirs often emitted clicks, whistles and other birdcalls. He could often tell a bird’s species, sex and relative maturity just by hearing its song. Being with him in the field was always a great learning experience, according to nature artist and writer Barry Kent MacKay, who said that generations of zoology students did field studies on his property under his guidance and inspiration. “He was an educator and his whole thing was to take people out into nature and help them understand what they were seeing. Any time you saw something, an insect or a plant, he would know its scientific name and all about it and its relationship to the other things you were seeing.”

Dr. Speirs was a man of few words, usually spoken so quietly that those around him would sometimes lean towards him to catch his “pearls of wisdom.” But many also came to appreciate his dry sense of humour.

A Whitby environmental consultant, Brian Henshaw, has been using Dr. Speirs’s elaborate records of birds in the Altona Forest as the basis for a rare long-term study of the effects of encroaching urbanization on a forested region. “It was almost by accident that I fell upon his original records,” he said. “His niece Rosemary gave me permission to go through his material, and I found his notes and they were so detailed that I realized I could use them to compare changes in the forest over a 50-year period.”

Dr. Speirs was predeceased by his wife of 50 years, Doris Heustis. He had two step-daughters. ♦