From The Canadian Jewish Chronicle, December 8, 1939 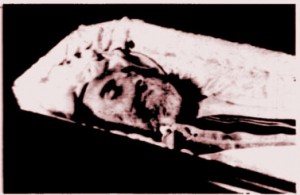 The Jewish community of Montreal, thousands strong, paid final tribute to the memory of Reuben Brainin, noted Hebraist, author and pioneer Zionist, who died in New York on November 30, 1939 at the age of seventy-seven.

From 10 a.m. to 1 p.m. his body lay in state at the Hebrew Educational Institute. The Jewish Peoples Library, which Brainin founded, supplied the guard of honour.

The funeral service was conducted by Rabbi Herman Abramovitz of the Shaar Hashomayim Congregation, and funeral orations were delivered by Michael Garber, I. Rabinovitch, associate editor of the Jewish Daily Eagle, and Dr. Samuel Margoshes, editor of the New York Jewish Day, who spoke in the name of the Zionist Organization of America. Burial took in the Shaar Hashomayim Cemetery.

“The strong penetrating intellect and worthy personality are given expression in the works of Reuben Brainin,” voiced I. Rabinovitch, associate editor of the Jewish Daily Eagle. “Montreal Jewish community feels honoured that the body of Reuben Brainin should be laid to rest in this city. For it was not the place that honours the man but the man who makes holy and perpetuates the spot. Reuben Brainin brought sunshine into the community when he was last here, and today he comes to rest permanently among us. Reuben Brainin was one of the Advance Guard and Watchmen who were able to rise about the masses, whose presence and spoken or written word electrified those with whom he came in contacte.” 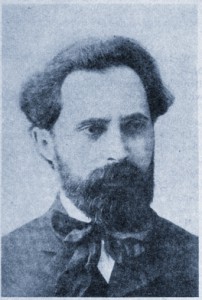 Dr. Abramowitz stated that the thousands who had come to hear the Hesped, were witnesses that the departed soul was ready for the Olam habo. As long as the Jewish nation and the Hebrew language will live, the name of Reuben Brainin will not be forgotten. Whether Hebraist or Zionist, he was masterful as a Hebrew stylist and his name will always be remembered and spoken with pride and respect.

One of the founders of the modern Zionist movement and held responsible for the revitalization of Hebrew as a living language, Reuben Brainin was a storl centre (sic) in Jewish life in the last decade because of his espousal of the values of Jewish agricultural colonization in Russia and his approval of the settlement of Jews in Biro-Bidjan.

Born in Ladi, Russia on March 15, 1862, Brainin received the traditional Jewish and also an academic education at the universities of Vienna and Berlin. While still a student in Moscow, he founded the first student Zionist club and shortly thereafter established the Zionist Political Group, the first Jewish body which appealed for political action to restore Palestine to the Jews.

At the age of twenty-three, he was named editor of Hamelitz, a Hebrew day in St. Petersburg, to which he had previously contributed for several years.

In 1892 he went to Vienna where he was one of the contributing editors of Kadimah, one of the early Zionist publications. During this period began his collaboration with Theodor Herzl, the Viennese journalist who in 1897 founded the World Zionist Organization. Mr. Brainin was one of the delegates to the first World Zionist Congress in 1897. Throughout these years, Brainin was lecturing throughout Europe emphasizing the importance of Palestine as a cultural centre for Jewish life as well as its value for homeless Jews.

Writing with equal facility in Hebrew, Russian, German and Yiddish, Brainin became the first modern Hebrew biographer. He was credited with having introduced European standards of literature and criticism into Hebrew writing. He discovered and encouraged many who subsequently became leading Hebrew litterateurs.

Typical of his activities in this direction was his establishment in Berlin of a society for reviving Hebrew as a conversational language. He became President of Ivriah, first world Hebraist group. He was also instrumental in keeping alive the idea of a Hebrew University in Jerusalem, which did not achieve realization until 1918. Among Hebrew publications which he edited from 1891 to 1909 were East and West, Zion, Achiasaf, in Berlin and Warsaw respectively.

In 1910 Mr. Brainin came to the United States where he succeeded in obtaining the support of the late Julius Rosenwald for the issuance of a Hebrew journal called Hadror. He led the revival of Hebrew as a spoken language and helped found the Histadruth Ivrith, Hebrew cultural organization in the United States. From 1912 to 1917 he was in Montreal, editing the Canadian Jewish Eagle, Yiddish daily, and several monthly and weekly publications.

Returning to the United States in 1917, he undertook the editorship of Hatorn, which was the official Hebrew organ of the Zionist movement, continuing in that post until 1926.

Active in the Zionist Organization of America, he was for many years an honourary vice-president and attended many of the biennial World Zionist Congresses.

On his first visit to Palestine at the age of sixty-four, he was given a royal reception as Zionist leader and Hebrew writer. He continued his tour and visited Russia, where he became interested in the agricultural colonization of Jews. Expressing active support of that movement, he drew criticism from certain Zionist and Hebrew circles. The controversy reached its peak in 1929 while he was visiting South Africa of behalf of Jewish agricultural settlement in Russia.

Disheartened by the violent attacks made upon him by some Zionists, Brainin nevertheless insisted that there was nothing irreconcilable between his espousal of settlement in Biro-Bidjan, and his lifetime advocacy of Zionism and Hebraism.

In recent years, he had been more or less retired, but contributed articles regularly to The Day, New York Jewish daily. At the time of his death he was at work on an edition of his Collected Works, three of the volumes having already appeared. From 1922 to 1926 he was a vice-president of the American Jewish Congress.

He left behind two sons, Joseph, living in New York, and Moses, living in Montreal, Canada, and a daughter, Mrs. Bertha Schuller of Montreal. Mrs. Reuben Brainin, who died three years ago during a visit to Montreal, was buried here. ♦

The visit of Mr. Reuben Brainin to this city (Toronto) will undoubtedly give much impetus to the Movement in local circles and the neighbourhood. Agnes Street Theatre was filled last Sunday night to hear this great Hebrew scholar, and his subject “The Life of Herzl,” was highly appreciated. Not only did Zionists and non-Zionists of Toronto turn up in full force, but a large contingent from hamilton, London and other nearby towns came over for the purpose of hearing the lecturer. Rabbi Jacobs occupied the chair, and in his opening remarks expressed himself as a staunch supporter of the great Movement. Mr. Louis Singer moved the vote of thanks, and Mr. B. Nathanson, and ex-Alderman Farrar of Hamilton, seconded, in Yiddish and English respectively. Mr. Farrar it is interesting to note is not of our persuasion, but is nevertheless an ardent Zionist. For the purpose of having a proper interpretation of the lecture he brought with him from Hamilton two young Jewish friends. In seconding the vote, he gave his reasons for being a Zionist and urged upon all present to work heart and soul for the ideal, his remarks being received with great applause. ♦