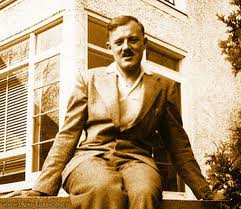 William Tutte, the mathematician who deciphered the complex codes by which the Nazi high command encrypted their military communications during World War II, has died in Waterloo, Ontario at the age of 84.

Although the accomplishment has been called “the greatest intellectual feat of the war,” and was described as such on the citation for the Order of Canada that Tutte received last fall, he never spoke publicly about it until details were fully declassified and publicized several years ago.

Born in Newmarket, England, in 1917, he came to Canada after the war and became an internationally-recognized authority in the rarefied mathematical specialties of graph theory and combinatorics. He taught math at the University of Toronto for 14 years and joined the University of Waterloo in 1962, where he became professor emeritus and honourary director of the Centre for Cryptographic Research.

Tutte was a graduate student in chemistry at Cambridge University in 1941 when he went to Bletchley Park, Britain’s top-secret codebreaking facility, to join a team of cryptanalysts working on the German machine-cipher known as “Fish.”

William Thomas Tutte, mathematician and codebreaker. Born in Newmarket, Suffolk, England on May 14, 1917; died in Waterloo, Ont. on May 2, 2002.

Initially the team had few clues as to the inner structure of the machine that churned out Fish, which was known as Lorenz. Unlike the researchers working on the now-legendary Enigma code-making machine, several of which had been captured from the enemy, Tutte and his team had no models of Lorenz to dissect. 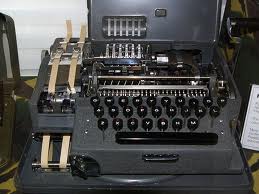 Their big break came when the British intercepted two nearly-identical messages, each about 4,000 letters long. The first message had evidently not been received properly, so the German signal operator transmitted it again in slightly abbreviated form, without changing the code settings.

Recognizing they might profit by this blunder, Bletchley Park analysts pored over the codes, at first with little success. “Here, see what you can do with this,” someone said to Tutte.
Working by hand, he copied the two streams of code in long parallel rows, seeking out patterns; then repeated the process, changing the lengths of the rows each time. Eventually he spotted a significant pattern over an array of 41 rows, and perceived that Lorenz had a codifying wheel with 41 sprockets.

He further intuited that the first set of wheels clicked one tooth forward for every character, while the others moved at complicated irregular intervals, depending on their relative positions. He also helped develop the complicated algorithms that were needed to translate the intercepted code into German.

Yet another remarkable innovation was associated with his research. To expedite the results, his colleagues designed and built a machine named Colossus, which New Scientist magazine described in 1999 as “the world’s first programmable electronic computer.” (Those claiming the US-made ENIAC as the first were unaware of Colossus, the magazine asserted.) By 1945, Britain reportedly kept ten Colossus machines busy, decrypting 1,200 Nazi messages a month, eavesdropping even on communications between Hitler and his generals.

After the war, the British destroyed or classified the records of Bletchley Park and swore its scientists to secrecy. Winston Churchill said Bletchley was “the goose that laid the golden egg but never cackled.”

Much of the story emerged only in 1993 with the publication of Codebreakers: the inside story of Bletchley Park, by F.H. Hinsley and Alan Stripp (Oxford U. Press). Afterwards the US National Security Agency declassified some 5,000 related documents it had been holding and the British declassified many more.

Tutte’s role in deciphering Fish was further elucidated in New Scientist in 1997. It was “the greatest intellectual feat of the whole war, and only six people outside the Lorenz codebreaking team ever understood the significance,” Tony Sale, a historian of British cryptography, told the magazine.

“Tutte was supposed to go to his grave without ever saying a word about what he did,” said Dan Younger, a professor of mathematics at Waterloo since 1967. “I was his close colleague and he never said anything to me about it for many years.”

However, Tutte discussed technical aspects of his work at Bletchley Park in “Fish and I,” a talk he gave at the opening of the university’s Centre for Applied Cryptographic Research in 1998. It was by “pure analytical reasoning” that he managed to crack the Nazi codes, he said.

Tutte helped shape the University of Waterloo in its formative years and drew some top minds to its mathematics department. “He was an absolutely great thinker and a wonderful person,” Prof. Younger said.

He was a member of the Royal Society of Canada and England, and the author of several books of mathematical theory. Last year he won a $5,000 prize from the Centre de recherches mathematiques in Montreal and the Fields Institute for Research in Mathematical Sciences in Toronto, which jointly honoured him as “the leading world figure in graph and matroid theories.”

He was predeceased by his wife, Dorothea, in 1994. The couple had no children. ♦

Originally appeared in the Globe and Mail. © 2002.