Peter Sellers, the famed actor who died recently, often spoke proudly of the fact that he was Jewish, 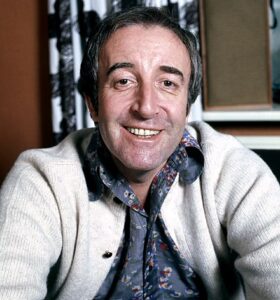 even though he never practiced Judaism.

According to the Jewish Chronicle News Service, Sellers was once asked by an interviewer if he was half-Jewish. His reply: “I am fully Jewish, really. My father was solid Church of England but my mother was Jewish – Portuguese Jewish – and Jews take the faith of their mother.”

Peter’s mother was born a Mendoza and was a direct descendant of the famous Sephardic pugilist, “Battling Daniel” Mendoza. Her mother, Welcome Mendoza, put on the first revues in Britain.

When Sellers’s mother died in 1971, he felt the loss very keenly. “I am Jewish,” he told an interviewer at the time, “and what they say about the Jewish momma is very true. We get very close to our mothers and very often it makes our marriages difficult.”

With both parents in show business, Sellers, who was born in Southsea, Hampshire, was constantly on the move. He was not bar mitzva, did not belong to a synagogue, and though a believer, was not a supporter of institutionalized religion, as he once made clear.

He was, as he put it, “a sentimental Jew” who lvoed Jewish food best of all – “but not just because I’m Jewish.”

He also loved Israel, which he visited, and with other artists contributed generously to the state in its hour of dire need on the eve of the Six Day War. He was also closely involved in the fight for justice for Soviet Jewry. ♦