“He eats all the wrong foods, such as pastrami with fat and fried foods, and he smokes more than a package of unfiltered Sweet Caporal cigarettes a day,” says his daughter Theresa Strom.

“We have to order the cigarettes for him, because very few stores carry these unfiltered cigarettes.”

The centenarian was interviewed recently, accompanied by his three daughters: Strom and twins Marilyn Weinrib and Joscelyn Kasman.

Cohen lives on his own on Shaw Street in the house he purchased after he returned from the war. His wife passed away 14 years ago and although his family has encouraged him to move to a more protective environment, he adamantly refuses.

His parents came from Kiev, Russia, but met and married in Toronto. Cohen says his family name was originally Kagan, but it was changed to Cohen by an immigration officer who asked his father, David, his name, and because he didn’t speak any English, he replied that he was a kohen. His father operated a butcher shop at College and Markham streets.

Sam Cohen was born in Toronto and attended Harbord Collegiate. He operated a grocery store on Lippincott Street, but in 1940, he ran into financial problems because he had extended credit to too many customers who couldn’t pay him. He was forced to close the store. 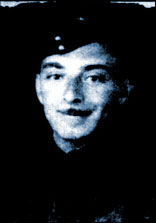 He decided to enlist in the Toronto Scottish Regiment and served in the machine gun unit. His daughter Theresa was 10 years old and the twins were one year old when he left. He served in France, Belgium, Holland, Germany, England and Luxemburg.

He was wounded on his forehead by shrapnel fire in France from a bombing raid. On his return from active duty, after receiving many medals, ribbons and citations, he decided to remain in the army. He retired from the army at age 60 and went to work for a security company until his retirement at 78.

Cohen has been involved with General Wingate Branch 256 of the Royal Canadian Legion, whose mandate is to help war veterans. It supports Sunnybrook and Women’s College Health Sciences Centre and other charitable causes.

One of the highlights of his life, he said, was returning to the Netherlands in 1970 for the 25th anniversary of that country’s liberation.

“He has a great memory. He reads the newspapers from front to back, and when we have lunch, he tells us the news and what’s going on. He also does the crossword puzzle every day.”

Weinrib says, “At my daughter’s wedding three years ago, my father made a long speech without a note and he got a standing ovation.”

In a note to The CJN, Gianna Kasman, one of Cohn’s 12 grandchildren, wrote that her grandfather knows all the Blue Jays’ and Maple Leafs’ statistics, “and he leads the Passover seder every year.”

Her grandfather is the “king of the 30-second telephone call,” she said.

“I speak to my Zaida every night at 10 p.m., and he always asks me, ‘Are the kids sleeping? Is your husband sleeping? And is the dog sleeping? Your dog is so lazy, but such a good dog. And why aren’t you sleeping?'”

When asked what he attributes his long life to, Cohen replied, “I’ve been smoking since I was 14. I guess it’s natural and good genes.”

Family and friends will join Cohen to celebrate his 100th birthday at a party on August 14, when they will share stories, and view photographs and other mementos.

Asked what he looks forward to, Cohen replies, “I look forward to my birthday and after that, we’ll see.” ♦

This article appeared originally in The Canadian Jewish News and appears here courtesy of the author. © 2005 by Cynthia Gasner.