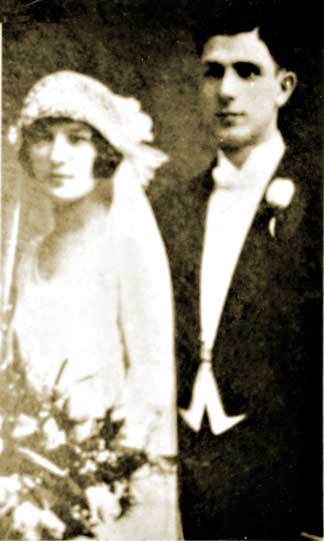 Torontonian Rose Friedman, who arrived in Canada from the Russian province of “White Russia” (Belarus) in 1908, celebrated her 100th birthday at two parties in mid-July (2005), one at the home of a granddaughter and the other at the Apotex Centre where she is a resident. Canadian Prime Minister Paul Martin and Ontario Premier Dalton McGuinty sent congratulatory letters to her.

Rose is the only surviving child of eight children born to Shmuel Chaim and Sara Basha Rubinoff; her father delivered bread by horse and wagon for a Toronto bakery. Rose was long active in the Canadian Cancer Society and was a founder of the Sinais service group at the original Mount Sinai Hospital on Yorkville Ave., where she and her mother used to prepare bandages.

“My mother’s life was based on helping others — she was always doing for others,” said her daughter, Lorraine Levene. “Her life was dedicated to service. It was what she believed in.”

Rose grew up in a poor family and had to be kept home from school one winter because she lacked shoes; the city eventually provided her with a pair. She took various factory jobs from about the age of 10. After her marriage she worked in a family dry-goods business and later as a saleslady in a ladies-wear store at King and Roncesvalles. She retired only when the store closed; she was by then in her early 80s.

Rose and her late husband Max Friedman were early members of the Pride of Israel Society. They were also founding members of the Agudas Hamispoche, a family organization founded in 1928 to keep members of the Rubinoff and Naftolin families from drifting apart. The organization still conducts monthly family breakfasts and recently marked its 77th anniversary.

She met Max about 1924 and although she initially wasn’t keen on him, he was crazy about her. What ultimately brought them together was their mutual love of dancing. They won two silver loving cups as first prize in a city waltz contest in 1925 and were married in 1926.

In the first year of marriage, they were given a free room in a home whose owners owed a large debt to her father for bread. She would call it one of the happiest years of her life. Their daughter Lorraine was born in 1929, their son Edward in 1940.

“My parents had an extremely loving relationship,” Levene said. “Even when my father was 92 years old and she was 89, she would say, ‘Tell him to take his hands off me — he won’t leave me alone!’ It was a love story.” 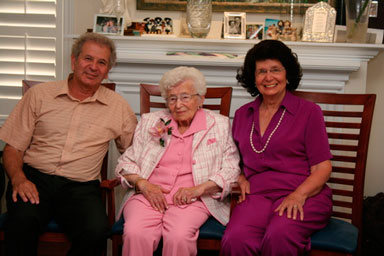 Rose with children Ed and Lorraine

Max ran an Imperial Oil gas station at College and Major for 30 years in partnership with his brother-in-law Ben Rubinoff. He died in 1995, two months short of the couple’s 69th wedding anniversary.

Rose was a great knitter of sweaters, skirts and other items for her two children and others. Considered a marvelous cook, she was famous for her strudel and cakes.

“She still helps me make the gefilte fish,” Levene said. “She chops it up in the wooden bowl that was my grandmother’s, using the hockmesser, the chopping knife. We still do that. She’s the only one who knows the right texture.”

Rose’s family party was attended by her children and their spouses, six grandchildren, eight great-grandchildren and about 60 nieces and nephews, each of whom posed for an individual photograph with her. After the singing of Happy Birthday she made a brief speech in which she thanked everyone and told them how special the day was to her.

Her daughter Lorraine is married to Stan Levene and is executive director of Na’amat Canada in Toronto. Her son Edward Friedman is married to Barbara and is president of Moda at Home Inc. of Toronto. ♦ 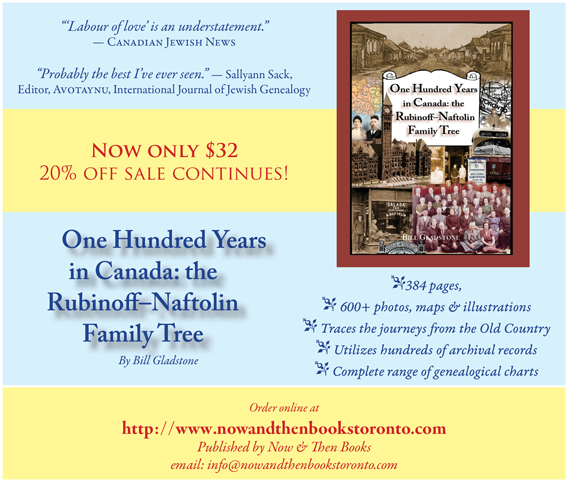