A rare panoramic photograph of Toronto harbour, taken in 1910 from the top of one of the city’s first skyscrapers, has been transferred into video format and posted with some analysis and description onto YouTube.

Toronto author and publisher Bill Gladstone, who maintains the website www.billgladstone.ca, came across the rare photograph in the US Library of Congress and tried to determine where it was taken and what buildings it captured. He determined that it was taken from atop the 15-story Traders Bank building at Colborne and Yonge.

The photo shows much of the harbour area south of Front Street from the harbour’s eastern entrance to the western entrance. Major buildings visible include the Board of Trade, Customs House, Toronto’s Second Union Station and numerous warehouses built after the devastating 1904 fire.

Because the photo has an aspect ratio of nearly 7:1, it is extremely difficult to view all at once in good detail. Gladstone solved the problem by translating it into video format: the camera pans slowly from west to east across the photograph as though it were a century-old motion picture.

Gladstone, who is head of the Toronto-based publishing house Now and Then Books, uploaded the video onto YouTube along with some explanatory material. It may be viewed by clicking on the box above or at the website http://youtu.be/hdSVKr0I3m8 ♦ 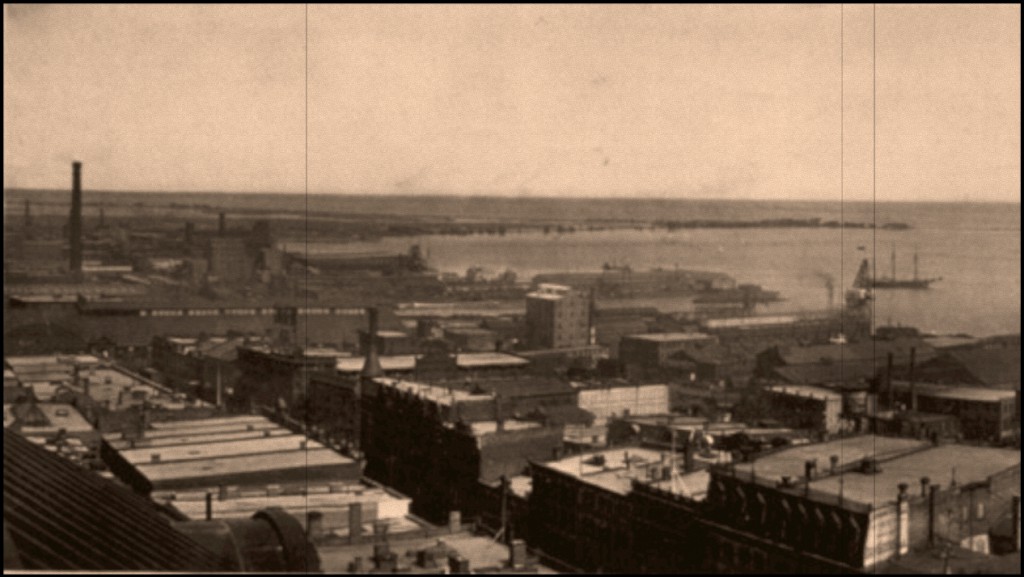