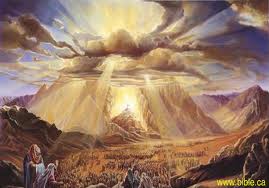 Anyone attempting a serious book about the Bible’s status as history steps wilfully into a morass of difficulties. The first is what is meant by the word “Bible”? Is it the Tanach of the Jews (consisting of the 24 books of the Torah, Nevi’im and Ketuvim)? Does it include the later Christian testaments? The solution, of course, hinges not on correctness but on identity.

Other difficulties arise over the nomenclature of the land — Israel to the Jews, the Holy Land to many Christians, yet again something else to the Moslems and those in their camp. Next comes the question of dates: should “common-era” years be indicated as BC or the more preferable BCE when Jewish readers are meant to be included?

Author Ian Wilson discusses the diverse sensitivities surrounding the subject in the introduction to his recent book, The Bible Is History (Weidenfeld & Nicolson, large hardcover, 256 pages). A non-Jewish secularist who studied modern history at Oxford, Wilson strives (not very successfully) to include the Jewish perspective in his assessment of the historical veracity of numerous stories from the Five Books of Moses.

Essentially, Wilson is a New Age theorist with a college degree. Case in point: he links the Jewish exodus from Egypt with the ancient eruption of a Mediterranean volcano at Thera or Santini, which supposedly turned water red, blackened skies, killed livestock and similarly contributed to the other plagues that befell our ancient persecutors. (He does not mention that, according to other New Age theorists, the same volcano supposedly caused the mythological land of Atlantis to sink beneath the waves.)

The Noaitic flood, we learn, could have been no more than the local inundation of the Black Sea that occurred around 5600 BCE, a result of some belated Ice Age backwaters pouring into a natural depression.

Likewise, the destruction of Sodom and Gomorrah was the result of a major seismic catastrophe that caused the bitumen heaps to ignite in uncontrollable inferno. “For any onlooker this may have looked like the sulphurous ‘brimstone’ raining from the sky, as Biblically described.”
In all cases, Wilson’s theories and explanations tend to attribute a natural cause to what had been taken as the morally-motivated hand of God.

No less palatable than your average A&E documentary on a Biblical subject, The Bible Is History is illustrated with attractive photos, maps and illustrations. It makes an intriguing, and at rare moments even convincing, distraction.

An artifact of a pop culture that gets its learning from the television set, The Bible Is History is equal parts pseudo-history and entertainment, however, and should not be taken too seriously. ♦