One evening in 1928, a Russian-Jewish physician and his wife, Marc and Katya Cheftel, attended a large and fancy dinner party at the Manhattan home of the renowned concert-hall impresario Max Rabinoff and his petite wife Bluet, who was equally known for her beauty, wit and charm.

Although Rabinoff had made a fortune as a capitalist by selling pianos and arranging musical events, he and Bluet were sympathetic to the ideals of Russian-style socialism and were captivated by their new visitor. Affiliated with the Red Cross, Cheftel explained that his mission in the United States was to study the American public health system. For the next two years, the Cheftels were frequent visitors to the elegant and always lively Rabinoff salon.

The slow-to-bloom love affair between Marc Cheftel and Bluet Rabinoff is the focus of Russian Dance (John Wiley & Sons), a recent book by American author Andree Aelion Brooks that skilfully relates the story of this tragic romance using a seamless blend of fictional and non-fictional narrative techniques.

It’s a story well worth telling and Brooks tells it well, and with an apparently high degree of reliability, even as she blurs the traditional distinction between fiction and fact.

The story opens in the post-Lenin period, an era in which the Trotskyite and Stalinist factions struggled for political control of Russia. Brooks characterizes this historical moment, this calm between storms, as a “golden age of Bolshevism.”

Naive as a schoolgirl, Bluet agrees to divorce her insensitive, womanizing husband and journey to Moscow to start a new life with Marc. Although she leaves her beloved teenaged daughter Anna behind, Bluet promises to send for her within a few months, as soon as she and Marc are happily settled. 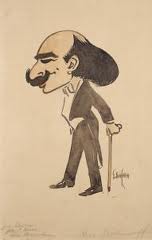 Surprises lie in wait for each of the main players in this dark Russian plot. For Bluet, it’s the discovery upon reaching Moscow that Marc is a senior operative in the GPU, the state political directorate, and had been functioning as a cunning spy in the United States; he has also failed to divorce his wife as promised. Blinded by love, Bluet moves into a shabby apartment with him.

Marc’s surprise is the realization that Russia’s socialist dream, in which he was a true believer, has become a nightmare. After Stalin gains political control, the brutal collectivization of the Russian countryside that he initiates results in widespread starvation, deportations, deaths and suffering among the Russian masses.

Eventually Bluet realizes that her impoverished life in Moscow is a “living hell” from which escape is unlikely, since the authorities have confiscated her passport. Marc, having fallen out of favour with the regime because of his former ties to the Bolsheviks, begins to watch his back; his idealistic vigour seems to fade along with his optimism for the future of Russian socialism.

Ultimately, Bluet returns to Manhattan where she later became friends with Brooks; even so, it took her years before she would talk about her sad Russian misadventure. “I had already known Bluet for many years when she finally shared this story with me,” the author relates. Brooks also spoke with Sheftel’s sister-in-law and other knowledgeable sources to establish the compelling air of authenticity that is so evident in Russian Dance. Bluet outlived her Russian paramour by more than 40 years and died in Manhattan in 1976 at the age of 85. ♦