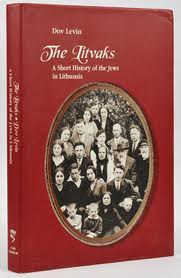 On the brink of the Second World War, Lithuanian Jews were “a poor tribe,” notes Israeli Professor Dov Levin in his book, The Litvaks: A Short History of the Jews of Lithuania.
Numbering some 155,000 on the eve of the Holocaust, Lithuania’s Jews served as the country’s millers, bakers, tailors, plasterers, glaziers, blacksmiths, waggoners and porters. Relatively few became wealthy. By and large, Levin contends, their riches were contained in the Beit Midrash, their study halls, in which they fashioned a characteristic “intellectual-rational” approach to the Torah.

A full and elaborate history of the Jews of Lithuania cannot be contained in an ordinary-sized book, Levin notes in the introduction of this large hardcover book of nearly 300 pages. A scholar who survived the Nazi bloodbath of his homeland, he admits being haunted by a fear that no one will be left to remember the Litvak communities he knew before their devastation.

The book is a chronological outline of four centuries of Jewish communal growth, from Lithuania’s union with Poland in 1569 to German occupation and the tragedy of the Holocaust, in which almost 90 per cent of the Jewish population was wiped out.

The earliest Jews in Lithuania date from the 12th century, Levin notes briefly. They built numerous impressive wooden synagogues that, although fortress-like, were too often and too easily torched. He describes the fearsome pogroms led by the great Ukrainian Cossack Bogdan Chmielnicki, known as “Chmiel the Wicked,” a counterpart to the Haman of Purim lore if ever there was one.

The crisis erupted in 1648 in territories to the east, and sent thousands of Jewish refugees streaming into Lithuania. The local communities had withdrawn from the famous Va’ad or Council of the Four Lands at the end of the 16th century, so it was the Lithuanian Jewish Council that established “an official fast day in commemoration of the victims of the massacres and the synagogues that had been destroyed, and forbade Jews to wear fine clothes and jewelry for a period of three years.”

The central communities were Vilna, Kovno, Volkomir, Shavli, Birzai and other cities. Levin utilizes extant statistics from the 1765 census (which itself has been lost) to provide demographic breakdowns by city and district. Figures compiled from later censuses show the rate of growth of the various communities through the period of Russian annexation (beginning in 1795) up to WWI.

Levin touches upon such illustrious sages as the legendary Vilna Gaon, whose death in 1797 sparked another major fissure between the Hasidim and their opponents, the Mitnagdim. Throughout the 19th century, yeshivot flourished all over Lithuania. But it was a time for new thinking as well. Lithuania was fertile ground for the Maskilim, followers of the Jewish Enlightenment. 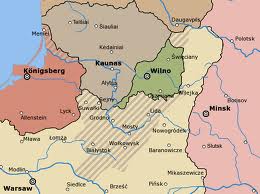 The cheders, the national movements, the political activity, the mass migrations and the deportations to the Russian interior — Levin touches upon all of these things. He conveys the lively cultural flavour of Jewish civilization in an independent Lithuania in the interwar years. The book’s last section chronicles that civilization’s tragic demise.

Yad Vashem originally published this book in Hebrew under the title Pinkas Hakehillot Lita. By publishing Adam Teller’s English translation, Yad Vashem makes the work accessible to many readers for the first time. New material includes a rousing epilogue by Yehoshua Trigor, who helped fund the republication. Also included is an index of hundreds of Jewish communities, listed by their Lithuanian and Yiddish names. Many photographs illustrate the text.

Also of note: Harry Gordon’s memoir of wartime persecution in Kovno. A Holocaust survivor, Gordon tells his personal story in The Shadow of Death: The Holocaust in Lithuania, a book published by the University Press of Kentucky. ♦