Yeshivah Torath Chaim held a “shloshim” service for Reb Israel Fortinsky in late November 1977, according to the Canadian Jewish News of November 25, 1977.

Fortinsky was a scholar and teacher who had taught students in the upper grades at the Torah Chaim Rabbinical Seminary.

Born in Poland, he came to Canada in 1926 and was a prominent member of the Chevra Shas.”Some of his former pupils, who are now rabbis and leaders in Toronto and other parts of North America, will gather at the yeshiva along with Rabbi A. A. Price, for the memorial service,” the paper reported.

The paper also ran this 1938 photographs of Yeshivah Torah Chaim teachers and class posing in front of their then-newly-acquired building at the corner of Markham and Ulster. Rabbi Israel Fortinsky is seated in the second row at extreme right with his students. ♦ 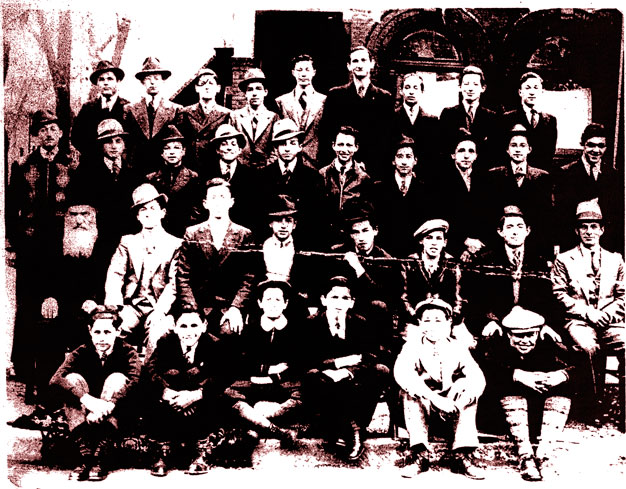