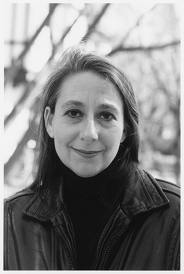 Toronto-born poet Yerra Sugarman has won a prestigious American literary award for a debut collection of poems, Forms of Gone, that captures the experience of being a daughter of Holocaust survivors growing up in a survivor community in north Toronto.

A university instructor who has lived in New York for more than 20 years, Sugarman received the $5,000 PEN poetry prize at an awards ceremony at the Lincoln Center’s Walter Reade Theatre in late May. The 28 other prize winners included playwright Wallace Shawn for drama and Paul Celan for poetry in translation.

Although trained as a visual artist, Sugarman said she decided to express herself by writing instead. She worked on her poems through a sequence of writing workshops at Manhattan’s 92nd St. “Y” in the late ‘90s.

“I knew I couldn’t say what I had to say in painting and that the art world is not that receptive to certain subject matters,” she said. “I knew that somehow, if I wanted to convey this, I couldn’t do it visually.”

Writing poems, she said, “feels to me very closely related to making visual art such as collage or sculpture; I can play with the shape of it. Poetry is very visual on the page, so it felt very natural.”

In a short essay, she described the theme of Forms of Gone as “bearing witness to loss that affected me daily, that I had inherited, yet experienced vicariously or ‘at a remove’ from the actual events that had been its agent and marked the lives of those about whom I wrote.”

Her parents, Sam and Pearl Sugarman, came from near Cracow, fled to the Soviet Union and France during WWII, and arrived in Canada with a son in 1951. Yerra was born in 1955 and grew up immersed in the large survivor colony in north Toronto. She attended Mackenzie C.I. and studied visual arts at Concordia and Columbia universities.

Her parents, who were members of Clanton Park Synagogue, both died in 2000.

A resident of Greenwich Village, Sugarman teaches creative writing and advanced poetry workshops at City College and New York University. Her course at NYU is titled Creative Writing of Remembrance and Witness.

She has completed but not yet published second collection of poetry called Glass — “as in the stuff that breaks” — and has begun to write a third. She has also penned literary criticism and articles for several publications, including the Oxford Encyclopedia of American Literature.

Forms of Gone was published by Sheep Meadow Press of Riverdale-on-Hudson, New York.

PEN American Center, the U.S. based branch of PEN International, is a writers’ organization founded in 1922. Its membership consists of some 2,900 writers, poets, editors and translators. Distinguished members in the past have included James Baldwin, Willa Cather, Robert Frost, Langston Hughes, Thomas Mann, Arthur Miller, Susan Sontag and John Steinbeck.

Although she won a Discovery award for one of her poems in 1998, Sugarman said she was “totally shocked” at winning the PEN award. “I knew that I liked writing but I didn’t know that I would be a poet,” she said. Now, by virtue of the award, she has been admitted into the august ranks of PEN’s American collective. ♦