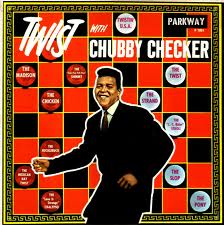 Some years ago, shortly after my 90th birthday, I wrote an autobiography. The exercise helped me recall many episodes from my more than eight decades in Toronto since coming here with my family from England at the beginning of the First World War.

As I described in the book, I had a multifaceted career. I started out in the fur business in the 1920s and became a real estate developer in and around Toronto.

Canada was very good to me, blessing me with success and allowing me the opportunity to wear other professional hats, often with mixed results.
Because of my love of sports, I joined with my friend, the late legendary Ben Dunkelman, to back an amateur boxer who won a major tournament at Maple Leaf Gardens. Our fighter would have gone on to great things at Madison Square Gardens but for an unfortunate criminal record which barred him from entering the United States. He hung up his golden gloves and became a hotel bouncer. Dunkelman did much better after he went into his father’s business, Tip Top Tailors. 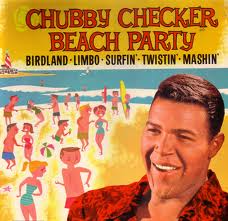 On another occasion I bankrolled an amateur swimmer who had assured me he could win a swimming contest in Lake Ontario. I spent a week acting like a swim coach and rowing him around Lake Ontario. He was the first contestant pulled from the cold water — the very water he had been training in. “I just couldn’t take it any more, Alex,” he said.

I have an impulsive streak and I love going to the race track. Is it so surprising that I have been talked more than once into some cockamamie scheme to make a quick buck?

With $40 saved from my first job, I took out a ten-year policy with the Monarch Life Insurance Co. and made monthly payments regularly for 9-1/2 years. But just six months before the policy was to become redeemable for $1,100, I was persuaded to cash it in at a great loss to buy future stocks in coffee, sugar and other commodities. This was the equivalent of Jack selling the family cow for a handful of beans.

I will never know why warning bells did not immediately sound in my head the day a friend of mine, a shoe salesman, came to me with an idea that had the potential to establish me as a show-biz entrepreneur. 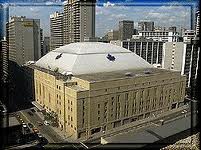 In the early Sixties, this friend convinced me that Toronto would respond wildly to an appearance by Chubby Checker, the American entertainment sensation.

Chubby Checker was the inventor of the memorable dance craze, the Twist, and his hit song of the same name had climbed the pop charts to No. 1. Everybody, it seemed, was gyrating and twisting on the dance floor just as he had done on TV.

My friend assured me Chubby would be a guaranteed sell out. However, I should have realized that despite his knowledge of the shoe business, he knew nothing about show business.

Since I have always been drawn to the entertainment world and have always loved dancing, the idea of bringing Chubby to Toronto intrigued me. I accepted as gospel my friend’s assertion that the venture couldn’t fail. We formed a small investment group, contacted Checkers’s agents and contracted for two shows, afternoon and evening. Then we struck a deal to rent Maple Leaf Gardens on the arranged date.

Being an aggressive worrier, I checked continuously with the box office as the concert date neared, only to find that ticket sales had started off very slowly and were not picking up. Nervously, I urged the shoe salesman to do something, anything, to get ticket sales moving. For instance, I suggested that he arrange contests in the schools to get parents and students involved in selling tickets.

“Quit worrying, Alex!” he replied, with somewhat less than perfect assurance. “If it doesn’t turn out right, then you can blame me.”

His smug complacency jarred me. That was not the sort of statement designed to calm a jittery investor. I had thousands of dollars riding on this gambit.

Next came a death blow delivered straight from God. The night before the scheduled concerts, Toronto was crippled by a severe snow storm that was described as the worst to hit the city in 50 years. Every TV and radio station was advising people to stay off the roads and not to let their children out for any reason.

By some inexplicable miracle, Chubby Checker’s flight was delayed only slightly that day and, with some difficulty, we got him to his hotel and eventually to the Gardens. But the concerts were a dismal failure. He twisted in front of 14,000 empty seats. He didn’t bother to show at the party we had arranged afterwards in his honour.

All in all, we lost a lot of money because of this twist of fate. Bringing Chubby Checker to Toronto was not one of my better ventures. ♦

By Alex Beder, as told to Bill Gladstone. Beder, a retired real estate developer, died in 2004 at age 97.