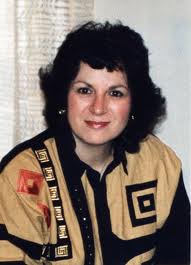 Ten years ago (in 1988), Miriam Weiner wrote a letter to a regional museum in Priluki, Ukraine, requesting information on any Jewish documents there.

Back then, relations between Western and Iron Curtain countries were still affected by the deep freeze of the Cold War. In the 1980s, relatively few Jewish genealogists attempted to correspond with archives in communist countries. Positive responses were rare and considered remarkable exceptions to the usual prevailing silence.

In Weiner’s case, her letter fell into the hands of Natalia Elkin, a Jewish employee of the museum. Elkin translated the letter and took it to the town hall, where she found many documents pertaining to Weiner’s family, including a birth certificate for Miriam Odnopozov, Weiner’s maternal grandmother. “At that time,” Weiner writes, “access to this sort of material was more wishful thinking than reality, and seeing my grandmother’s name in Natalia’s letter brought me to tears.” Ultimately, she gained more than 50 family documents through this vital Priluki connection.

Documenting one family tree in such detail is a wonderful accomplishment. But Weiner did not stop there. As her company, Routes to Roots, began to offer Jewish genealogical research trips to Poland and Ukraine, the well-known genealogist from New Jersey started to keep inventories of all materials of Jewish provenance that could be located in the countries of Eastern Europe in which she travelled and did her work.

Her book Jewish Roots in Poland, which came out last year, provides an unprecedented listing of Jewish genealogical sources for Poland. It is also a magnificent picture-book and memorial album to a vanished world.

Those who have seen the Polish book know that it is packed with hundreds of photographs. Incredibly, Jewish Roots in Ukraine and Moldova has even more — nearly 1,100 in all, most in full color.

They illuminate Jewish life in major cities such as Kiev, Odessa, Lvov, Kishinev, Zhitomir and Brody, and in hundreds of lesser-known places such as Nemirov, Sudilkov, Soroki and Priluki. Evocative and poignant, the visual parade of town squares, beautiful old synagogues, Jewish cemeteries, Holocaust memorials and tombstones attests both to the obscene magnitude of the Nazi destruction as well as to the undiminished power such images have over the Jewish imagination.

The two “Pages from the Past and Present” sections (Chapters 3 and 8, respectively) provide locator maps and generous photo spreads for 56 towns in Ukraine and seven in Moldova, while more contemporary photos appear in “The People and the Places” (Chapter 6). Still more photos appear in “Town Clips” (Chapter 11), which focuses on 26 smaller centers in the two countries. Powerful images also adorn “The Holocaust” (Chapter 7) and indeed most other sections of the book. The pages are further enhanced with some 20 maps and innumerable copies of old archival documents.

Like the dazzling visuals, the book’s intellectual offerings are abundant, and come from various sources besides the author. There is a chapter on regional Jewish history contributed by Professor Zvi Gitelman, and an essay and timeline on the Pale of Settlement by Hal Bookbinder.

There are chapters on genealogical resources outside of and within the Ukrainian State Archives, the latter by Dr. Volodymyr S. Lozytskyi, deputy director, Main Archival Administration. A chapter on the Moldovan National Archives is contributed by Antonina A. Berzoy, its director.

There is a chapter on the present Jewish community of Ukraine, by Josef Zissels, president of the Vaad in Ukraine, and a corresponding chapter for Moldova, contributed by a trio of regional scholars. The book introduces us to another local authority, Rabbi Moishe Leib Kolesnik of Ivano-Frankovsk, who has collected many rare artifacts pertaining to the Jews of Stanislawow province; selected parts of his collection are itemized.

For genealogists with roots in Ukraine or Moldova, the “Archival Inventories” of Chapter 12 will hold great promise. Ten years ago, acquiring a piece of information from archives in these countries was like lighting a match in a large, dark room. Now, with this publication, the room seems ablaze with light.

If that metaphor seems excessive, it’s because considerable light has also been shed on the subject by previous torch-bearers such as Patricia Grimsted with her trail-blazing inventories of Soviet archives; Aleksander Kronik and Sallyann Amdur Sack with their Some Archival Sources  for Ukrainian-Jewish Genealogy; and Suzan Wynne with her Finding Your Jewish Roots in Galicia: A Resource Guide (which ventures partly into Ukraine).

Like Weiner’s Polish book, Jewish Roots in Ukraine and Moldava lists an alphabetized array of Jewish archival materials, including kahal or Jewish communal records, poll-tax (Reviziya) records, metrical books, social estate registration records, family registers and recruitment lists, for some 1,400 shtetls and towns. The archival listing, by town, runs to almost 100 pages; unlike the Polish book, there is no cross-listing by institution.

While a thorough assessment of the Archival Inventories is beyond the scope of this review, Toronto genealogist Mordecai Roitman, an experienced Ukraine researcher, reports that in accuracy and detail, Weiner’s listings for the town of Dashev meet or exceed those found in previous English-language publications, and concur with all information he has received from archivists privately.

Although Jewish Roots in Ukraine and Moldova is highly user-friendly, many of the archives it enumerates are not, and the book provides numerous caveats about the difficulties of doing research in these countries. While it seems likely to be a highly useful and effective genealogical tool, its encyclopedic offerings (including a selected bibliography that runs to 30 pages) make it an outstanding addition to our resources.

One doesn’t have to have roots in Ukraine or Moldova to appreciate Miriam Weiner’s second magnum opus in as many years. Watch for a third publication from Weiner, focusing on Belarus and Lithuania, coming in the years ahead. ♦