From the Toronto Star Weekly, September 2, 1922

Stenographer holds up the mirror to wives 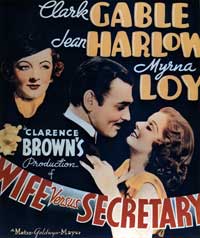 In life’s triangles the stenographer seems to play a leading role. The movies and the colourful pens of the fictionist are wont to picture her as a blonde vamp in long earrings, short skirts and flesh-coloured silk hose, with a filmy georgette waist frankly exploiting physical charms. As tempter of man all the sins in the decalogue are laid at her door.

It is not surprising that you have come to look upon the woman in your husband’s office as a bad influence. But it is surprising that, while considering her beneath your social notice, you have failed to consider her as a force to reckoned with.

One wife and mother, however, freely admits her fears. In a recent letter commenting on a series of articles anent the laxity of standards and growing away from the family hearthstone, she writes that she considers “the woman in the intimate employ of men” responsible for the conditions and a direct menace to home life.

“It is all too true wives have turned to all sorts of activities outside the home to find a something that will satisfy the soul. Some of them fully realize the danger to the home; others are apparently unconscious of the cause which makes them restless.

“Girls and women today are just as eager for the best interests of their husbands as ever in the world, but until this almost polygamous practice ceases and we return to ‘one woman beside one man’ we shall not see a return to a normal home life.”

It is to give the wife an intimate and fairer insight into the business life of her husband and his assistant — an insight that may perhaps turn the tables and cause her to counteract outside competition with a more satisfying home life — that I set down here the plain, unvarnished truth as told her own words by the “average stenographer,” of whom there are thousands and thousands as against the hundreds of the flapper type.

The average stenographer is just like me. There are thousands of them earning their living today, pounding the typewriter, who are wholesome, well-educated, refined young women, with their hearts in their jobs and their heads turned towards some promised goal. Instead of spending every dollar on our backs, as we get the credit for, most of us are helping to pay the mortgage on the farm, sending kid brothers to school and in many ways lightening the burdens for the old folks at home.

“Our work-a-day life is brimful of interest, I’ll admit. We are on the inside of Big Things, and those of us who are confidential stenographers and secretaries are entrusted with secrets of great moment. We are upsetting the old traditions — we can keep our business secrets just as we keep our youth and our good looks and our minds. 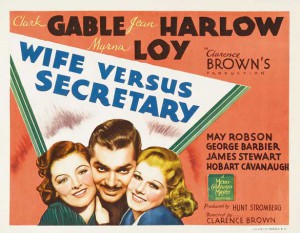 “There is an elixir in business, with its pulsing activity, contact and demand upon one’s intellect and audacity, that keeps a woman young. The woman, who at forty used to regard her life as past its climax, proclaimed it by her slovenly figure, carelessness of dress and monotony of expression, no longer reaches this stage of physical and mental deterioration — if she is in business.

“The contrast between the home-keeper and the office-keeper is a big one and, oftentimes, hideously unfair. It is the boss’s wife, however, who, strange to say, takes the superior attitude, putting herself on the higher plane and looking down on her husband’s stenographer.

“Once when the boss was sick I had to take the mail to his home and go over it with him every day. He was fairly well off, had a comfortable home with well-trained servants, and there was no reason why his wife shouldn’t have had sufficient time to keep herself fit — mentally and physically. But as many times as I went to that house I never saw her look anything but disheveled and unattractive, or heard her discuss anything but the children and the servants and what things cost. She looked every day of fifty, when I happen to know she was still on the sunny side of thirty.

“I am sure Mr. Blank loved her, but what a severe strain she put on that love, pestering him with telephone calls and daily relations of domestic woes during office hours.

“Regularly, every morning, just as we’d get started on the morning mail, she would ring up. ‘May I speak to Mr. Blank?’ she would inquire in her haughty, things-have-gone-wrong voice.

“ ‘Ask her what she wants,’ Mr. Blank invariably requested.

“ ‘Mr. Blank is awfully busy just now, Mrs. Blank, and wants to know if I can take the message.

“Mr. Blank takes the receiver, stands on one foot, and then the other, finally gets in a word.

“ ‘What’s that? You don’t have time to keep up with current events? Don’t be silly, Delia, the man hasn’t got any grudge against us; we don’t owe him anything. He’s telling the truth; he’s probably got no coal. Better call up another dealer right away.’

“Hanging up the receiver, Mr. Blank patiently returns to his desk, with a bit of shadow on his face and a distracted look. A few hours later Mrs. Blank telephones to advise Mr. Blank that Junior is threatened with one of his stomach aches and she has just put him to bed, which means, as it is the maid’s afternoon off she will have to give up her bridge game at the club. And will Mr. Blank please bring some fruit when he comes home?

“Whatever it was that Mr. Blank said Mrs. Blank didn’t, she kept on yelling she did, she did, until Mr. Blank’s patience went off like a lighted stick of dynamite. Throwing the receiver in the air with such force as to upset the gem clips on my desk, knock off my letter basket and spill ink on the single-space letter in my typewriter, he blued it with cuss words and he-man ravings.

“ ‘Idea, calling me up fifty times a day; ask me where to get coal and where to get a man to put it in, why she had to pay so much for coal and pay so much to a man. Better ask President Harding why labours so d—– high; not me! Ought to be glad to get coal ‘tall. Much as I’ve got to think about. Have to dig for money, dig for coal — OUTRAGE! Wish I lived in a steam-heated flat; no coal, no wife. Women bother the life of a man with their eternal demands!’

“During this explosion, I would sit as quiet as a piece of the office furniture, dying to laugh. It was a scene enacted several times a week, but in a rage Mr. Blank was so funny, I never got used to him. Once he caught me trying to hide a smile.

“ ‘Please, Miss Brown, forgive me. I forgot you were here.’ He looked so shamefaced and boyish and ill-used. I gave way to my feelings and roared. He laughed with me — tempest, and sunshine. ‘Thank the Lord,’ he said, settling back in his chair, ‘there are some women left who have a sense of humour. Miss Brown, I sometimes think if wives could get a little office training they’d understand their husbands better.’

“ ‘Agreed,’ said I. ‘I’m learning a lot about matrimony, in business.’

“I understand perfectly, for instance — why Mr. Blank asked me later to telephone that he had a business engagement and wouldn’t be home for dinner. After one of these trying days, home to him meant an atmosphere of unrest, where the wheels of domestic machinery scraped on his nerves. Before facing it, he must needs have relaxation at his club.

“How seriously does the boss’s wife take her job? While were are helping the boss inside, what is she doing outside to help him? Does he sometimes find himself making comparisons between the woman working side by side with him in his office life with the woman pulling away from him in his home life?

“I remember the wife of a former employer who used to send all of her personal bills to the office for me to add up, draw checks for and pay. She was a social butterfly, apparently assuming no more responsibility than that little bright-hued insect. She sipped the honey of life while the boss drank the bitters — and paid the bills.

“Did he ever complain? No, but I did for him as I made out checks for that trifling wife. It seems to me that if I had somebody furnishing the money for my bills at least I could bear the exertion of handing it over.

“She would drag the boss off from the most important business to a fool pink tea or garden party that she thought he ought to attend with her ‘for the sake of appearances.’ But when the boss wanted to bring a business friend home to dinner or show him some social attention ‘for the sake of appearances,’ it was a different story! She couldn’t and wouldn’t be bothered. The only time I ever accepted an invitation from an employer was once when the boss needed a woman sorely to fill the place his wife refused.

“As a matter of fact, though, I never actually knew of but one case of a man eloping with his stenographer.” — Philadelphia Public Ledger. ♦