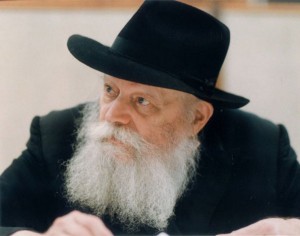 ◊ I wrote this article for the Globe’s Ideas & Beliefs column in 1999, a mere six years after Rabbi Schneerson’s death, when the Lubavitch world seemed to be pulling apart over the issue of his messianic status and who would be his successor. Don’t know what’s happened in the intervening years except I believe the issue has died down. Those who know Jewish history understand that special desperation of the soul, fuelled by persecution, that has compelled Jews down the centuries to proclaim false messiahs. This article is presented now in slightly revised form to coincide with the Jewish holiday of Chanukah.

Sometimes, at the end of its life cycle, a star implodes, creating the celestial phenomenon known as a supernova. A burst of luminescence of extraordinary brilliance sweeps across the universe, then subsides; it is a mode of death that approximates a bang instead of a whimper.

A similar phenomenon, metaphorically speaking, sometimes occurs in the life cycle of a holy person. Such, at least, might be said in the case of Rabbi Menachem Mendel Schneerson, the seventh Lubavitcher Rebbe, who died without a successor in 1994 at the age of 92, leaving behind an estimated 250,000 followers including many who regard him literally as the Messiah.
No question that the late Rebbe was both influential and charismatic: that’s why the US Congress posthumously awarded him a congressional gold medal for his “outstanding and lasting contributions toward improvements in world education, morality, and acts of charity.” Several years ago, a poll in the large-circulation London Jewish Chronicle chose him as “Jewish newsmaker of the century”over such names as Albert Einstein, David Ben Gurion, Theodor Herzl and Sigmund Freud.

During his 44-year reign, Rabbi Schneerson built Chabad Lubavitch into a highly effective Jewish outreach organization with some 2,500 representatives in 50 countries. Especially after the fall of communism and the “miracles” of the Gulf War, he felt the world had entered a messianic age and so he daily exhorted his followers to do good deeds to hasten the coming of “Moshiach,” the Messiah. A bearded man whose trademark dress was a black waistcoat and black fedora, he never publicly claimed to be the Messiah — but still, one wonders how strongly he resisted the many proclamations to that effect.

Whether they regard him as Messiah or not, many Lubavitch-affiliated Jews in Brooklyn, Israel and elsewhere still look to the late Rebbe for spiritual guidance and direction, and his picture still commonly hangs in their homes, synagogues and commercial establishments.

“The Rebbe is still the leader of our generation,” says Rabbi Joseph Zaltzman, spiritual leader of Toronto’s 35,000-strong Russian-Jewish community, who came to Toronto at the Rebbe’s behest in 1981. “In many ways his leadership is much stronger, much more real today than anyone else’s.”

“The Rebbe gave us a job to do,” says Rabbi Zushe Silberstein, director of the Lubavitch-run Chabad House in downtown Montreal, “and we’re doing it with the same spirit and the same enthusiasm as when he was with us physically. Because everyone feels that he is still with us spiritually.”

Stories abound of amazing and miraculous occurrences attributed to the Rebbe. Many say they still communicate with him via his many published works. “One can write a letter and put it anywhere in any of his books, and you can bet that you’ll have an answer to your question,” says Rabbi Silberstein. Wanting assurance that his soon-to-be-married daughter had chosen a suitable mate, Rabbi Silberstein inserted a letter into one of the Rebbe’s books at random. “On that page the Rebbe was talking about the marriage of a woman to a groom with the same name as my daughter’s fiancee,” he says. “So I knew I had my answer.”

While the Rebbe lived, the multitudes would line up to receive his blessing outside Lubavitch headquarters at 770 Eastern Parkway in the Crown Heights neighborhood of Brooklyn. In his later years he would give out dollar bills, which the recipients understood they were to give to charity, supplemented by dollars of their own.

Five and a half years after his death, his gravesite in the New York borough of Queens has become a shrine to which the faithful are drawn in an unending parade around the clock. Scores of letters and prayers still arrive daily for him by mail and by fax, and are read to him at his tomb.

Many are convinced that he never died at all or that he will return from the dead to complete his divine mission. They spread their good news through billboards, posters, newspaper advertisements, radio broadcasts and the Lubavitch-operated “mitzvah mobiles” which roam Jewish neighborhoods in various cities (including Toronto) and blare festive music at Hanukah and other holidays.

The messianists hold the upper hand at 770 Eastern Parkway. They have incorporated messianic prayers into the Sabbath prayer service and festooned the main sanctuary with a large banner whose Hebrew message reads: “Long live the Rebbe, King Moshiach, forever and ever.” These and similar actions sparked a rancorous behind-the-scenes battle. Ultimately, those disputing his messianic status, including many Lubavitch officials, felt compelled to leave and establish another congregation nearby.

The Rabbinical Council of America, a 1,000-member body of Orthodox rabbis, also opposes the messianists. In light of what it described as “disturbing developments” in the Jewish world, the Council passed a resolution strongly refuting the notion that any messiah could “begin his Messianic Mission only to experience death, burial and resurrection before completing it.” That, according to the Council, which has the backing of the Talmud and the revered medieval sage Maimonides, is simply not the prophesied scenario through which the world may expect to be redeemed. 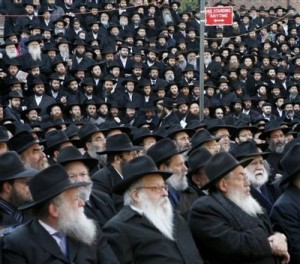 Although it is rare for one Jewish Orthodox group to publicly criticize another, Rabbi David Berger, who penned the Council’s resolution, asserted that the rebuke was necessary. The alternative, he says, was to risk “altering the basic contours of the faith.”
Was Rabbi Schneerson an extraordinary man or the Moshiach? The answer is just “ideological shading,” says Rabbi Eli Cohen, director of Chabad at New York University. “I feel completely comfortable with the friendships I have with people who don’t see every aspect of the ideology 100 percent the way I do,” he says. “That’s true for everyone in the movement.

“You’re dealing with very fine theological and spiritual lines that don’t translate well into copy in a newspaper,” he continues. “When someone is quoted in an article, it always seems that they overstate their positions. But it’s really a fine line of difference between those with a more spiritual view of the situation as opposed to those with a slightly more pragmatic view.”

Despite the current split, the movement does not risk falling apart soon, he says. “It really is one unified movement, even if there are some ideological and more practical issues on which people don’t see eye to eye. There are many thousands of people all over the world who feel compelled by the Rebbe’s mission of bringing Judaism alive, whose lives have been improved and who have benefited enormously from their interaction with the Rebbe and his movement. That is still going on.” ♦

When his father-in-law and cousin, the sixth Lubavitcher Rebbe, died 50 years ago this month, Rabbi Menachem Mendel Schneerson (1902-1994) became the seventh leader of the historic Chabad Lubavitch rabbinical dynasty.

The name Chabad is a kabbalistic acronym derived from the Hebrew words Chochmah (wisdom), Binah (understanding) and Daat (knowledge). Lubavitch is a town in Russia with which the movement was long associated.

Chabad Lubavitch is one of dozens of Hassidic movements founded in Russia in the 18th century in the wake of the charismatic reformer, the Ba’al Shem Tov, who taught that the Jewish masses could get close to the Almighty through song, dance and joyous prayer, not just intellectual study.

Adhering to strict observance of Jewish law as laid down by the Torah, the movement differs from other modern Hassidic groups by its strong outreach programs. A fringe movement of mainstream Judaism, the sect has an estimated 250,000 followers, representing about three percent of the world’s Jewish population. ♦