Note: The following article, which appeared in the Toronto Star Weekly of April 15, 1911, highlights the various activities of Mrs. Jacobs, wife of the Rabbi Solomon Jacobs of the city’s most prominent Jewish congregation, Holy Blossom, then situated at 97 Bond Street. 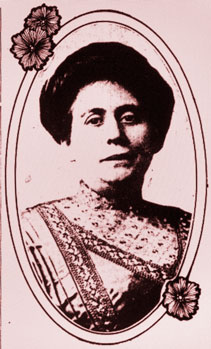 Working Girls’ Club of One Thousand

The Immense and ever-increasing influx of Jewish population to this and other Canadian cities, particularly of the Russian and Polish Jew, has called for some commensurate action — at once patriotic and religious — on the part of the Jewish citizen of long standing in the city, an action in which the Council of Jewish Women are taking a conspicuous part.

In federation with the similar society of the United States, they look after the young Jewish women immigrants, meet them on arrival, and have a friendly oversight when they settle down; teach thrift to child and matron, and seek to establish standards of fair and decent living among those fresh from countries where oppression is the air they breathe and the peasant is regarded as little better than the beast of the field.

Among the foremost women in the Toronto Council of Jewish Women in all its many branches of work, during the years she has been in Toronto, has always been Mrs. Jacobs, wife of Rabbi Jacobs, of the Synagogue of the Holy Blossom. An English woman by birth, trained in the cosmopolitan atmosphere of Old London, compared to which Toronto is but a country village, with the varied experience of nine years in the West Indies before settling in Toronto, Mrs. Jacobs is, in an unusual way, fitted for the many duties that fall to the wife of the leader in one of the largest congregations in the city.

These duties imply extensive demands on the time, those alone pertaining to the social recognition of births, marriages, and deaths are of themselves considerable, added to these are other social obligations, and, besides, this, Mrs. Jacobs, as has been mentioned, has always been responsive to the sense of good citizenship which makes us our brother’s keeper.

All this activity, civic and religious has never interfered with the duties of the careful mother and exacting housewife, whose domestic program is planned and carried out with the same thoroughness as is given to larger affairs. Accustomed all her life to the ceaseless activity and broad interests of the greatest city in the world, conversant with the art of the Old World, while not touching its technical aspect, accustomed to hear the world’s best music, and herself a singer, Mrs. Singer is essentially urban in her tastes, and is one to whom the country and country life makes no appeal, except for a breathing spell in summer. To her it is the city, with all its complexities nd problems, which makes the strongest appeal, and not in vain. 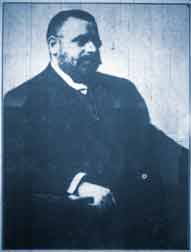 Among the results of such an appeal, Mrs. Jacobs and other Jewish ladies have organized among their co-religionists, a working girl’s club, with headquarters on Walton street, which has a membership of nearly one hundred. Four nights a week the rooms are open for sewing and recreation.

To meet the needs of an other class, the schoolgirl, whose mother is too busy or too ignorant or too lazy to teach her daughter the gentle art of wielding the needle and fashioning or mending her own clothes, a sewing class was started, which has now nearly two hundred children of the roll. This meets once a week under the supervision of a number of ladies, of whom Mrs. Jacobs is one of the most active.

So whether the work in hand is in her own household or outside it, whether it is official as pertaining to the minister’s or the president of a society, Mrs. Jacobs lends to this the decided opinions and aid of a strong personality. –Mignon. ♦

From the Canadian Jewish Review,November 2, 1923

The high esteem in which the Jews of Toronto held Mrs. Edith Jacobs (widow of the late Rabbi Solomon Jacobs of the Holy Blossom Synagogue) who succumbed at the Toronto General Hospital after a month’s illness, was evidenced Sunday, when hundreds more than the Synagogue could accommodate turned out to pay tribute to her at the funeral services held at Holy Blossom.

The bier was covered with floral tributes. Rabbi Brickner conducted the ceremonies and in his eulogy, he told of the earnest work of Mrs. Jacobs in aiding Jewish working girls, which resulted in the founding of the Jewish Girls’ Club and its now splendid club-rooms in the Community House.

“Mrs. Jacobs set a standard that most of us will look to and will make us endeavor to measure our lives by her, because she leaves a memory and example of life that we shall long cherish. To know Mrs. Jacobs was to know a noble woman,” said Rabbi Brickner.

Mrs. Jacobs was born in Birmingham, England, and has been a resident in Toronto for the past twenty-two years. The deceased is survived by her daughters, Ray and Lisa, and son, Arthur.