Like JewishGen and Jewish Records Indexing Poland, Gesher Galicia is one of the great success stories of the Jewish genealogical world, offering a wealth of highly useful and easily accessible information and resources via the internet. 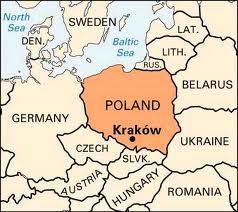 With this publication, Gesher Galicia has extended itself into book publication for the first time, and with the same good results one might expect from the volunteer-driven, membership organization. Geoffrey M. Weisgard’s Krakow: A Guide to Jewish Genealogy is a concise and thorough summary of resources available for Jewish genealogists for the Galician town of Krakow including the once-separate Jewish town of Kazimierz which has been amalgamated into Krakow.

Obviously an expert, Weisgard cites resources large and small, well-known and obscure, as he presents a chapter on each historical era beginning with the present and working backwards to the 16th century and earlier. To be sure, it’s an unusual structure, but the inverted timeline doesn’t seem to present a problem beyond the occasional and necessary bit of repetition.

As for the present era, Weisgard gives us details about the current small Jewish community in Krakow and even a book that emerged from the community several years ago on the new Jewish cemetery in Krakow. So long as it stays in date, such information will be especially useful for researchers planning trips to their ancestral city.

In the chapter on the Holocaust era, attention is rightfully paid to the now-legendary righteous Gentile Oskar Schindler, who has spawned at least one movie and 10 books (according to Weisgard’s list). Of course the book also describes all the major sources from yizkor books to Yad Vashem, as well as an impressive roster of minor resources. 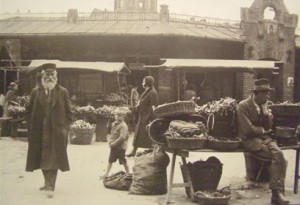 And so it goes, backwards into time, with chapters on Between the Wars, The Austrian Period, and the 18th, 17th, 16th Centuries and earlier. Resources described include JewishGen, Gesher Galicia, Jewish Records Indexing Poland, the Central Archives for the History of the Jewish People and Miriam Weiner’s Routes to Roots Foundation, as well as a robust showing of off-the-beaten-path resources and repositories.

Weisgard includes relevant items in the New York Public Library and the British Library in London, but he goes that extra mile to detail resources (for example) in the University Library in Krakow and the National Museum in Krakow’s main market square. He also highlights an important but still little-known resource category that has been increasingly featured on Gesher Galicia — cadastral maps, which are antique maps of given localities, often found in town halls, showing family names to indicate property ownership or house residency.

The author’s knowledge seems comprehensive, his helpfulness vast. For example, on the chapter on the Austrian Period, he writes: “Several books include a brief history of Krakow under the Austrian occupation. Possibly the most readable is ‘The Jews of Cracow’ by Eugeniusz Duda. A more detailed account, however, can be found in Suzan F. Wynne’s work ‘Finding Your Jewish Roots in Galicia: A Resource Guide.’” (Wynne’s very useful book was republished in 2006 as The Galitzianers: The Jews of Galicia, 1772-1918.)

As Weisgard notes, there are many books already in print on Jewish Krakow, not to mention numerous internet “infofiles” readily available at the click of a mouse. Krakow: A Guide to Jewish Genealogy is an extremely handy and valuable addition that offers an excellent summary of resources. What’s more, Gesher Galicia has made the book available at a very modest price that includes shipping; see its website for details. ♦