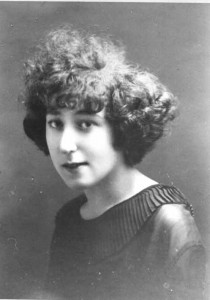 It is a truism of family tree research that you can visit libraries and archives any time you like, but you must not delay interviewing elderly relatives as they will not be around forever.

The greatest regret of many genealogists is that they didn’t ask the right questions of the right people at the right time. Tombstones often have stories to tell, but they’re not nearly as articulate as people.

The interview is the first and possibly the most important stage of genealogical research. Good interviewing skills are essential to unlocking the secrets and mysteries on a family tree.

As a journalist, I’ve been conducting interviews for many years, but I have yet to find one good interviewing technique or formula that works in all situations.
The secret to a good interview is that there is no secret. Each one is different, and depends upon the person being interviewed.

In preparing for an interview, keep in mind the type of information you wish to acquire. Prepare for the interview by devising a list of questions. The ideal subject is a raconteur with a sharp memory, who is old enough to remember important family events of long ago.

Remember that a genealogical interview, especially with a new-found relative, can be an intense and even bewildering experience. Don’t tire out an elderly relative by asking too many questions in one visit.
* * *
My great-aunt Sophie was 90 years old, the first time I met her. She was the youngest and only remaining sibling in her family of 13 children. She admitted her memory wasn’t good — she couldn’t recollect her own Hebrew name, for example, or list all of her siblings in chronological order — but she graciously said she would try to answer my questions.

At first she couldn’t tell me much about her father, who had died in 1929. I knew he had been born some place in Russia-Poland, but the earliest document I had for him pertained to his marriage in London in 1880.

When I gave her copies of some old family photos, she couldn’t have been more grateful and delighted; she spoke as if the photos were helping her reconnect with a missing part of her soul. After that, the more we spoke about family matters, the more she seemed to remember.

“Dad came from Scotland, you know,” she offered one day.

“Really? Are you certain?”

It emerged that she thought her father had been born in or around Warsaw and had come to Glasgow as a child.

“He spoke with a Scottish accent, you know.”

“Really? There was no Polish? No Russian?”

“Oh God no, nothing like that. He was very Scottish. He wore the Fraser tartan.”

“Yes. Sometimes he did.”

This amazed me and forever shattered my notion that my great-grandfather had been a typical Yiddish-speaking “Zaide” from Russia-Poland.

Over time, Sophie imparted numerous other genealogical nuggets to me that I could not possibly have acquired from anyone else. She died in 1997. I doubt there’s another living soul anywhere who could have told me some of the things I learned from her.

She was a kind, graceful, soft-spoken old lady who reminded me of my own grandmother. I’m so glad I had the opportunity to get to know her. I like to think that our conversations enriched both of our lives. ♦

Note: Genealogical research has since indicated that Davis Alexander was born not in Warsaw, but in Berlin, Germany. He evidently spent much of his childhood in Scotland before coming to London where he was married in 1880.

You may also wish to read:

Lost in Hollywood (about cousin Larry Harris, who became a child actor)

A remembrance on Remembrance Day (about Russell Gladstone)